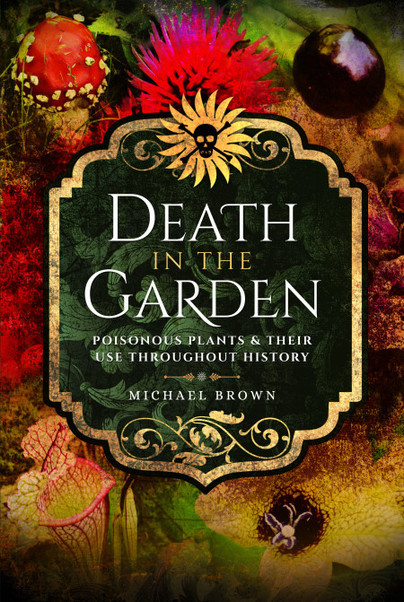 Things you may not know about Henbane

As we approach Halloween, thoughts turn to spirits, ghosts and witches on flying through moonlit skies on broomsticks.

Witches were alleged to travel to Sabbats on broomsticks, but many other things were known to fly, with a little help. Simple wooden poles and other household items such as two pronged forks and stools, but animals may also help the witch to fly. The earliest picture of a witch on a broomstick is from a fifteenth century manuscript

Broomsticks would not fly without a little assistance. Witches were known to use flying mixtures or ointments. The fat of dead babies dug up from their graves could be used as the base of the ointment, but for practical purposes, any fat or oil would do! The blood of a flitter-mouse, a bat, was the use of sympathetic magic; a bat could fly so the power in its blood would help a broomstick to fly.

Sympathetic magic often needed help too in the form of hallucinogenic plants. The herbalist Coles said that some thought the most likely drugs to use to induce the flying affect would come from hallucinogenic plants, including deadly nightshade, hemlock, henbane, mandrake, opium, saffron, tobacco, and poplar leaves. Many reports stated that the ointment should be rubbed vigorously onto the body, but the mix could possibly have been applied to the broomstick, and the witch would then straddle her broom. In those days women did not wear underwear, so the toxic mix would soon be absorbed into the blood stream and the witch would think that she was flying. So, with apologies to Harry Potter fans, but flying broomsticks were all in the mind! 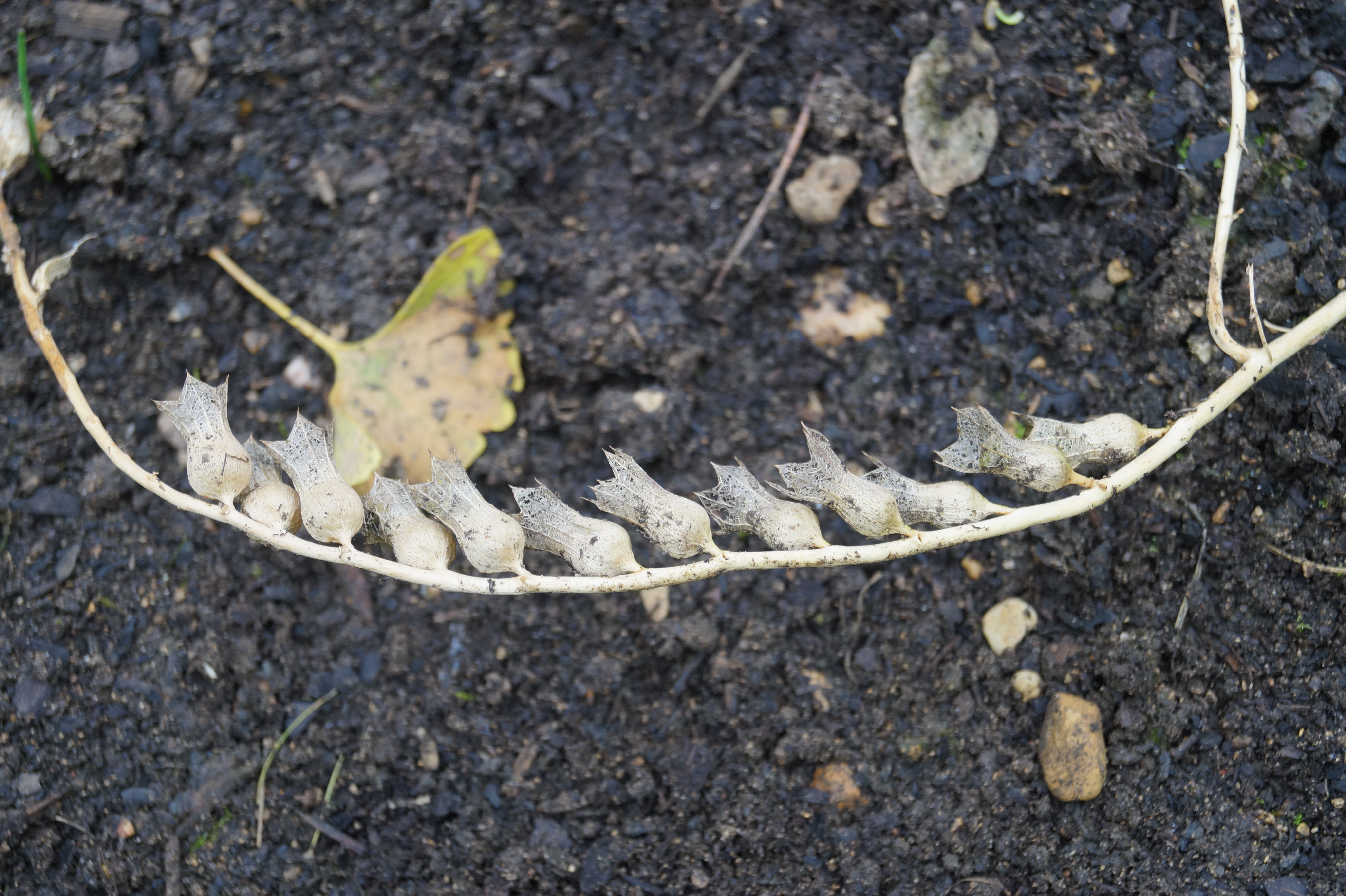 The plant that may have produced the best sense of flying was Henbane, which contains a relatively high concentration of tropane alkaloids including scopolamine, which can induce the sense of produces the flying through the air. If you mis-judged the dosage, instead of flying, you may simply fall asleep and miss the Sabbat. The Physicians of Myddfai mixed henbane and eryngo seeds and pounded them in a mortar, then mixed the powder with milk to make pills. The dose was one pill every half hour, and after six or eight pills the patient would be asleep

‘This herb and its seeds do much good in medicines. But if it is eaten as wortys, it will bring the eaters into a state into the type madness known as manya (mania). And also the juice will do the same if it is held to a wound, wherever it may be.’

Gerard tells us that there was a common ploy used by travelling doctors who claimed to be able to cure tooth ache. The Doctrine of Signatures suggested that god had very kindly made plants carry clues as to the medical problems that they cure. The stem of henbane, with the developed seed cases along it, gives it the appearance of a jawbone and teeth, so henbane could be used to cure toothache. 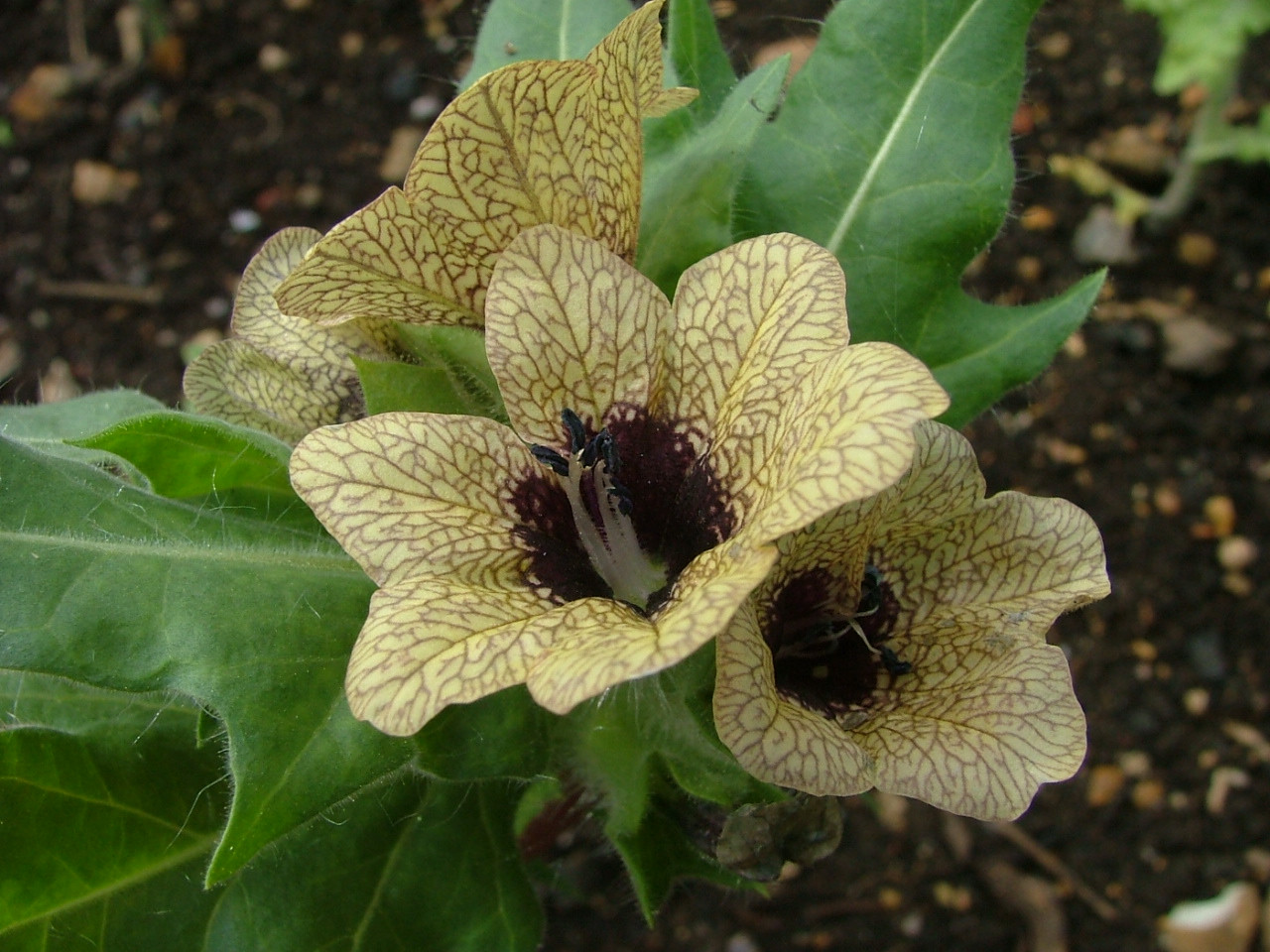 People once believed that toothache was caused by a worm that was wriggling at the base of the tooth. If you have ever had toothache, it is easy to understand why. The throbbing is the worm gnawing at the root of your tooth. The person who was administering the cure would place some burning charcoal in a dish and sprinkle some henbane seeds onto it and allow the seeds to begin to burn. The patient was asked to inhale the smoke thorough their mouth and hold it there to kill the worms causing the toothache. The henbane seed smoke would act as a painkiller and the tooth would cease to hurt. Then to prove that the worms were in fact dead, the doctor would ask the patient to open their mouth over a bowl of water- and Voila! The worms could be seen wriggling in the water! But Gerard then reveals that the worms were in fact short pieces of lute strings. The lute strings, being made of catgut, would move about as they began to absorb the water. The patient would be allowed to see the worms, before the bowl was quickly removed before the truth could be discerned.

Henbane is probably not a true native plant and may have been introduced by the Romans. Old books say that it grew on rubbish piles, waste land and sandy beaches. One herbalist referred to henbane as a,

‘Poisonous and dangerous plant, of a dismal aspect and disagreeable smell. The farm-yards and ditch banks in most places are full of it.’

Rubbish piles are less common now, and so is the plant. You are unlikely to find it growing in the wild.

Any plant that is named as a bane is usually poisonous; in this case as the name suggests, it was thought to be notably poisonous for hens, although can be lethal for many other species too.

Death in the Garden is available to order here.