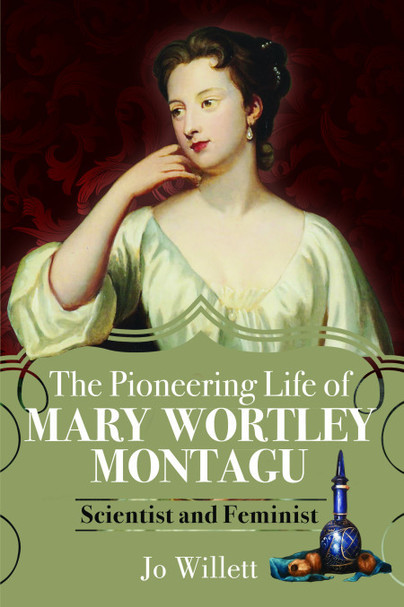 Three years ago you might never have heard the name Lady Mary Wortley Montagu. But you may well know of her today.

That’s because 2021 was the three hundredth anniversary of Mary’s brave decision to inoculate her only daughter against the deadly disease of smallpox.

And that anniversary took place just as we were all being vaccinated against another deadly disease – Covid.

I wrote my book about Lady Mary before the Covid virus had even come into existence.

I could never have dreamed of such an effective ‘hook’ for my readers.

But Lady Mary wasn’t simply a vaccine pioneer. In fact, I suspect she would have been surprised to hear herself described as such. Her life was amazingly varied and action-packed.

Even when she was inoculating her young daughter, her mind was probably more focused on the problems she was having with a French admirer whose funds she had lost in the South Sea Bubble Crisis. He was blackmailing her – demanding his money back and threatening to tell her husband.

And at the same time Mary’s marriage to Edward Wortley Montagu was turning stale.

Here are some other fun facts about her extraordinary life – none of them to do with her fight against smallpox.

I hope you agree that Mary’s life was extraordinarily colourful. So many of her experiences resonate with us today.

While her work on smallpox inoculation was pioneering, there is so much else we shouldn’t forget about her. Truly, a remarkable life.

The Pioneering Life of Mary Wortley Montagu is available to order here.