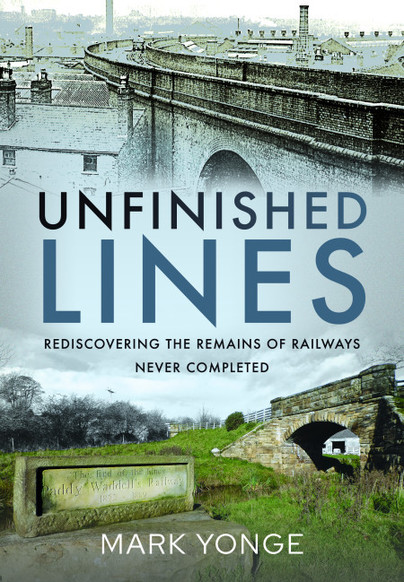 Unfinished Railway Lines – If Built, what a Difference they Could have Made

Many earthworks, remains of buildings, bridges and viaducts, can easily be explored throughout the United Kingdom.  What is more difficult for the would-be historian, is trying to identify those that were completed, operated and eventually closed.  Because amongst them are several that never were finished and, in their wake, left much misery, financial ruin and wrecked marriages.

The sad fact is that many of these historic artifacts are not listed or protected.  Indeed, at one site the author, deep in conversation with a farmer who owned a short piece of railway embankment, asked him what he thought it was.  He had no idea of its origin and further remarked that ‘were a contractor’s earth moving excavator been available for a few hours work, all evidence of the embankment would be levelled forevermore’.

In many instances, had these schemes come to fruition, the local history of the area may have altered the development of local transport.

What the book does reveal is that many shady business dealings took place, particularly in Victorian times, some of which were openly fraudulent.  Perhaps unfinished works were not the cards that led to bankruptcy or personal ruin but the behaviour of the promoters did bear witness to prison sentences or criminal records.

The general public, persuaded to invest in many questionable schemes should not be held above criticism.  The promise of large profits from the construction of railways did disturb some honourable members of society, but even the moral and temperate Charlotte Bronte for example, ultimately put profit over morality.

Recording and protecting these historic remains is a cause that is hard to see succeeding.  There are so many items that already deserve protection such as those of English Heritage, they should surely be placed at the front of any queue.  This book will allow for history to be recorded for future generations.  And more importantly, any missed items should be noted by the wider readership to be included in future editions of ‘Unfinished Lines’.

You can order a copy of Unfinished Lines here.