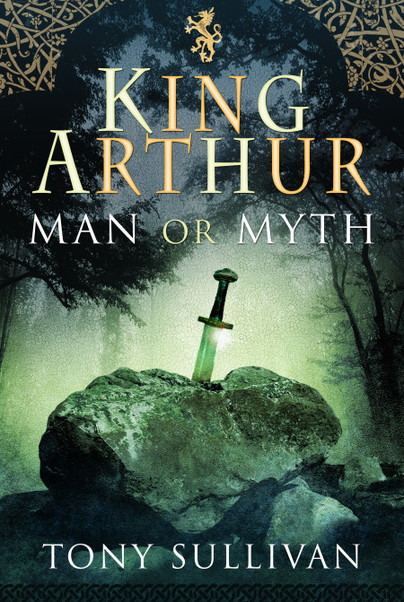 Was King Arthur real? Looking at fact vs. fiction in evidence

The figure of Arthur has fascinated people and evolved over hundreds of years. What is perhaps less well known is many of the themes we associate with Arthur were added around six centuries after he allegedly lived. Additionally there are differing views between most academics and amateur historians. A myriad of different theories place Arthur in every corner of Britain and Europe across several centuries. Whilst historians generally take the view he was either a mythical character or there may have been a figure in the fifth or sixth centuries but there is insufficient evidence.

Confronted with a confusing mix of competing theories one turns to the source materials and experts only to discover just how tenuous those theories are. They often selectively use details from legends and genealogies written many hundreds of years after Arthur is likely to have lived. The main cause of all this sensationalisation is Geoffrey of Monmouth writing his pseudo-historical History of the Kings of Britain in the early 12th century. His Arthur is an all conquering king who subdued the Saxons, united Britain and invaded most of Europe. The only date he gives is Arthur’s death at Camlan in 542. Most of his story is fantasy but it inspired an explosion in interest and further works. These can be placed into two categories. Firstly the French Romances which introduced many of the concepts we know today: The round table, sword in the stone, the grail, Lancelot, Morgana, Lady in the Lake, Avalon, Camelot, Excalibur. The second group of stories are the Welsh legends and Saints’ Lives. Our earliest copies post date Geoffrey and have likely been influenced and corrupted. But some are thought to have originated as early as the tenth century, still hundreds of years after Arthur’s time. However it is possible that these stories inspired Geoffrey to write about Arthur rather than the other way round. These tales present a very different Arthur. He is often petty, cruel and badly behaved. The tales are full of magic, giants and quests for cauldrons or wild boars. It is very much a mythical Arthur.

So we have a twelfth century invention on one hand and a mythical magical figure on the other. If we take the earliest stories then some concepts and characters remain, such as Uther and Gwenhwyfar.  Readers may be disappointed to learn that, as Month Python put it, ‘strange ladies lying about in ponds distributing swords’ are not part of the original legends any more than round tables or knights. The actual evidence is rather sparse and I’ve listed it below without making any judgement here:

1.The persistence of the legend over 500 years to the middle ages.

We do possess reasonably good records prior to the end of Roman Britain in 410 AD and from after around 600 AD when the first Anglo-Saxon kings can be confirmed. We also have contemporary accounts about Britain from the continent from a variety of writers between 400-600. Yet not one hints at any figure called Arthur or any aspect of his story. Our sole contemporary British writer is Gidlas writing in the first half of the sixth century who confirms the battle of Badon and implies a date of c500 but names only one person, Ambrosius Aurelianus. Bede writing in the eighth century and the Anglo-Saxon Chronicles in the late ninth adds details to Gildas but again fails to mention Arthur although Bede dates Badon to around 493 AD.

Despite this there is some consistency in the stories. After the Romans leave, Britain suffers barbarian raids. A council, lead by Vortigern requests aid from Germanic mercenaries who later rebel. A fight back by Ambrosius culminates in the battle of Badon. This stops the expansion of the Anglo-Saxons until the second half of the sixth century. In this gap c450-550 the Historia and later sources placed Arthur.  It is quite possible to create a theory out of selective twelfth century legends and genealogies. However a better method may be to go through the historical records chronologically starting with the end of Roman Britain. That way when the evidence does appear in the timeline we can assess it in context. I have attempted to do just that and leave the reader to decide the case for and against a historical Arthur. Although in my final chapter I give my own opinion and attempt to reconcile the many different sources.