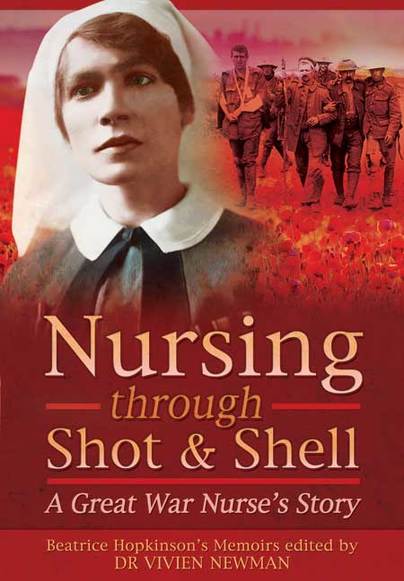 Author Lecture: Vivien Newman – We’ve nursed like this before

Today on the Pen and Sword Blog we have another fascinating talk from author and historian, Vivien Newman. The talk is titled, We’ve nursed like this before – Covid through the lens of the Great War, and you can watch it below.

If you’d like to learn more, we recommended the following titles:

Nursing Through Shot and Shell is the previously unpublished memoir of Beatrice Hopkinson, who served in France as a Territorial Nursing Sister from 1917-19. Beatrice worked close to the front line at casualty clearing stations, and her poignant account reveals the intense strain: ‘I never realized what the word “duty” meant until this War. To stand at one’s post, never flinching and trying to keep the boys cheerful; all the time wondering when our time would come.’

The memoir reveals the lighter side of wartime life, with entertainments, travel and enduring friendships. Beatrice also describes the practical realities of war in vivid detail – sleeping in dug outs, dodging bombs and avoiding rats ‘as big as a good sized kitten’. A fascinating, close-up view of one women’s life during wartime. 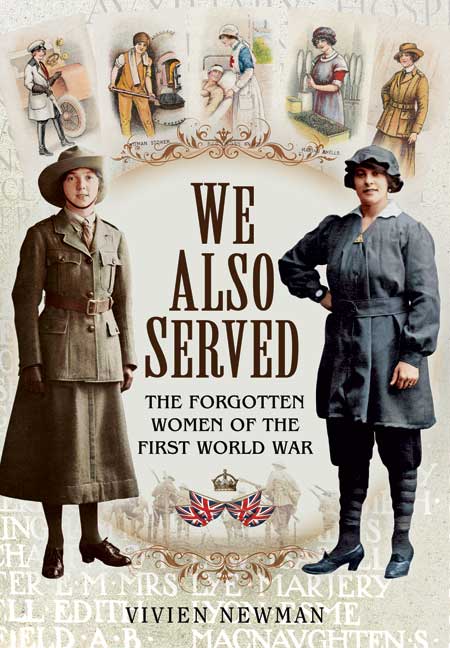 We Also Served is a social history of women’s involvement in the First World War. Dr Vivien Newman disturbs myths and preconceptions surrounding women’s war work and seeks to inform contemporary readers of countless acts of derring-do, determination, and quiet heroism by British women, that went on behind the scenes from 1914-1918.

In August 1914 a mere 640 women had a clearly defined wartime role. Ignoring early War Office advice to ‘go home and sit still’, by 1918 hundreds of thousands of women from all corners of the world had lent their individual wills and collective strength to the Allied cause.