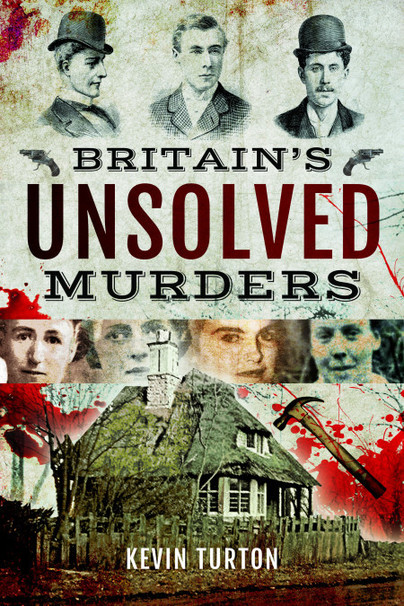 The more I researched the thirteen puzzle crimes as I called them, murders that formed the basis of my book, and murders that have remained on the unsolved pile for more than a generation. I found in very many cases truth, in the sense of understanding or discovery, never comes to light when a murder remains unsolved. I also found, as have other writers of True Crime, certain cases stay in the mind long after the research is over.

For me it was the murder of Anne Noblett in 1957. A seventeen-year-old young woman who disappeared on December 30 after attending a dance class in Harpenden. Early evening, around 6pm, some four hundred yards away from home, supposedly picked up by a man in a car. A man, I would guess, she knew, which would make the killer local. She remained hidden for the next thirty-three days, despite a huge police search. Then, on January 31, 1958, her murdered body was found, fully clothed, carefully laid out, and showing few signs of decomposition, on the edge of woodland 6 miles south of Hitchen. A discovery that began a mystery that endures even today.

Influenced by press reports that her body had been deep frozen, which did little to help the subsequent investigation, the case gained notoriety through the banner headlines that proclaimed it to be forever known as, ’The freezer murder.’ In my opinion an erroneous title because that was never proven to my knowledge by pathology. I share the view of Home Office Pathologist Dr Francis Camps that she had been kept cold, maybe by refrigeration, for only a short time. Looking at the case today and after police conducted a full case review in 2017, I have not changed my view. Though more recent speculation of the circumstances surrounding her murder have centered more on the fact that her body was at some point (perhaps) placed in a cellar or a barn where January temperatures, and the refrigeration effect caused by the seasonal weather, would have had a continuing preservation effect.

As to who committed the murder and had the facilities to have done all this, is obviously still as unknown today as it was 64 years ago. Certainly, the re-evaluation four years ago yielded nothing new. But, as I recently discovered, there is a theory that back in September 1958 a name was put forward by the detective agency, Q Men. Hired by Anne’s father to work with Hertfordshire police, the agency, based in Westminster, had used two ex-detective Inspectors from Scotland Yard and a female detective named in the media as Mrs Billy Williams. With more time to explore the local area and the people working within it, possibly undercover, they seem to have proven more successful than local police. Certainly, they produced a dossier, according to the Daily News London, which was handed over to the Chief Constable of Hertfordshire detailing their suspicions and, presumably, offering supporting evidence. Clearly the veracity of this evidence was never tested publicly.

Over the months following publication of my book, and despite further research, I have not been able to discover more about this mysterious man so cannot bring more to the table. What I can do is offer further speculation about the manner of the crime. It has always been supposed that Anne Noblett had been abducted by car shortly after alighting from a bus that had dropped her at the top of Marshalls Heath-Lane, a poorly lit narrow section of road some half a mile from her home. I followed the same theory in my own narrative. But what if we are all wrong? I raise the point because police, much later in the investigation, suggested that placing her in Rose Grove Woods, which is where she eventually found, could not have been done by a man in a saloon car. They speculated he would have been driving a van or a lorry. As far as I can see they never really substantiated this belief, but it caused me to consider whether the theory of abduction by car was really plausible. It raises the, What if? question. No-one saw any vehicle on or near that lane that night. So, what if there never was one? What if she was taken to a nearby house, by someone she knew, on foot. No car involved. Pure speculation I know but plausible. It could also explain why the killer exhibited a great deal of respect when dealing with Anne after her death, and why she was not placed where she could be found until 2 or 3 weeks after the murder. Just prior to the press announcing the police intention to commence a house-to-house search. Living local perhaps had its problems.

There are also other aspects of Anne Noblett’s murder that struck me as odd when I did my original research. The post-mortem confirmed that stomach contents examined during the autopsy showed her last meal, which had been taken at 2.30pm, was still undigested. Looking at that fact today with our present knowledge of pathology we would probably say that was unlikely. But if that were so then surely her death took place shortly after her abduction. Unless she had eaten again around 6pm.

The other puzzle is her clothing which had been removed, possibly immediately after death, folded neatly, kept dry then used again to redress her prior to the killer carrying her body, days later, to the woodland where she was eventually found.

And finally, there is the serial killer angle and there could be one. In September 1954, four years earlier, Jean Mary Townsend, The Pyramid Girl Murder, another unsolved killing this time near Ruislip, had been found with her stockings and some of her underwear neatly folded up and left beside her. Then of course there is Mary Kriek, the Dutch girl murdered days after Anne near Colchester and again unsolved.

If I look deep enough there are probably more. The 1950’s seem to be populated by a lengthy list of unsolved killings. Tenuous, of course, I realise that but is it reasonable to just accept that the murderer of Anne Noblett picked her up in a car or was he really a local man she met on that short walk home? Is it also reasonable to presume he, whoever he was, had never killed before or was never likely to kill again? Makes you think, doesn’t it?