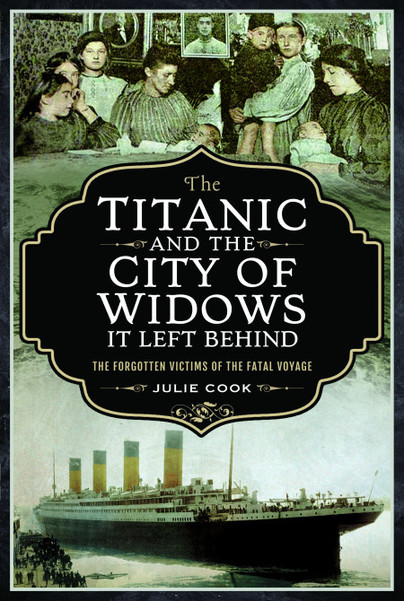 How the Titanic tragedy sparked huge debate on women’s suffrage

One of the resounding phrases that we associate with the Titanic tragedy is ‘women and children first’.

It’s thought that Captain Smith announced the famous phrase as lifeboats were being lowered onto the icy Atlantic waters, ensuring that the ‘weakest’ passengers – women and children – would be rescued before men.

After the disaster, the newspapers were filled with voices debating this concept of women and children first. After all, so many more women’s lives were saved in place of men on the ship. It must be said that this era was already one of great upheaval between the sexes. Women’s suffrage was reaching fever pitch.

In 1903, Emmeline Pankhurst had formed the Women’s Social and Political Union (WSPU) and just two years later, in 1905, had begun acting upon their motto ‘deeds not words’ – chaining themselves to railings, and other militant acts.

In 1908 their deeds grew even more militant, smashing windows on Downing Street and, a year later, a suffragette called Marion Dunlop became the first imprisoned suffragette to go on hunger strike.

So this was the world before the Titanic even set sail. Women were fighting for rights to vote, rights to own property, rights to a voice. It’s therefore no surprise that when men were lauded in the national and international press for dying in women’s places, that fiery debate ensued.

Many women who were fighting for women’s suffrage felt that the idea of ‘women and children first’ on the Titanic took their movement back years. They’d been fighting for equality and now with men being beatified for sacrificing themselves for women, many already anti-suffrage voices argued that the movement was even more meaningless. Shouldn’t women be grateful that men would die in their place, instead of fighting for the vote?

But one woman, Lady Aberconway, wrote to the Daily Mail lamenting the idea of women and children first and questioned whether it should be a ‘true’ maritime tradition at all – or if it ever was one.

Lady Aberconway was wife to the Liberal MP Charles McLaren and had four children. But she was also a vocal campaigner for women’s suffrage and had founded the Liberal Women’s Suffrage Union.

After the Titanic tragedy in April 1912, she wrote of the men who had died in place of women: ‘Noble as was their devotion, it is in my opinion a sacrifice which ought not to be demanded of the male sex nor accepted by the female. For what reason should a women’s life be accorded the more valuable? Women are not so highly favoured by law and social custom as men are: the adventures and businesses in which women can engage are more limited by convention; under present conditions a woman’s chance of happiness in life is not so grate. Men stand in the full sunshine of a world arranged for their own interests, and throw their shadow over the lives of women, which are often harder, less free, more suffering than those of men…’

Her letter was long but ended poignantly: ‘I beg women to urge this view upon all. Never let it be said that men can undo women in self-sacrifice and high devotion. In loss at sea we claim our right to die for those we love, or share their doom, as the lot falls.’

Her point was clear: if women wanted equality they could not – and should not – expect favours from men in times of disaster. If women’s lives were not worth that of men in society, why should they be worth more in times of tragedy when it must be decided who should live and who should die?

It sparked debate which lasted many days in the press, and for many months and years outside of the press, about what the self-sacrifice of men for women on the Titanic actually meant.

Did it mean that women ought to be thankful for their protected role in society?

Did it mean, argued some, that they ought to now abandon silly talk of suffrage and equality?

One witness explained how women had been ‘thrown like mail sacks’ into lifeboats on the Titanic – whether they had wanted to be or not.

As suffrage reached this tinder box point, the Titanic story was a poignant example of how gender defined everything.

A year after the Titanic sank, in June 1913, Emily Wilding Davison, a member of the WPSU, stood at the side of the horse race tracks at Epson Derby. As the hooves galloped towards her, she singled out the King’s horse and stepped in front of it.

She was killed and thousands attended her funeral, making her a martyr for the women’s suffrage cause.

To this day, one of the most famous lines associated with the Titanic is ‘women and children first’ and many rightly laud the men who gave up their chance of survival for women.

But for a short while, many women believed this sacrifice hindered their cause at a time when they longed to be equal to men.

The Titanic and the City of Widows it left Behind is available to order here.