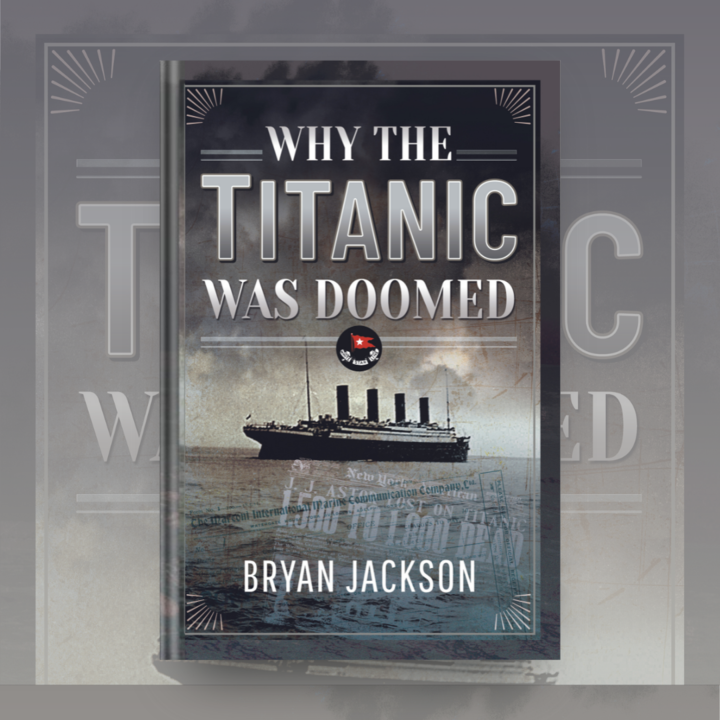 Titanic: A Century Later Her Story Lives On

It has now been well over a century since the Titanic collided with an iceberg and sunk to the bottom of the icy North Atlantic. Despite the passage of those many years, we are still fascinated with her story — and how more than 2,200 people went from living in luxury and joy to facing deadly destruction in a little more than two hours.

So, why does Titanic’s story continue to demand our attention and curiosity?

Certainly there have been other monumental disasters on the waters. In 1865, the Mississippi river boat Sultana exploded and burned, taking with it nearly 1,200 lives. In 1945, the German liner Wilhelm Gustloff was torpedoed in the Baltic Sea by a Soviet submarine, killing some 9,000 people. And more recently, in 1987, the Philippine passenger ferry Dona Paz collided at night with a petroleum tanker. Both vessels caught fire and sank, with over 4,000 people lost. In fact, the Dona Paz is often referred to as “Asia’s Titanic” – yet few have heard of the tragedy.

No, Titanic holds our attention for other reasons. Perhaps it is because the Titanic disaster was the first to truly destroy man’s belief that he had overcome nature — as well as whatever danger it might place in his path. Titanic’s own Captain, Edward Smith, set sail on her maiden voyage steeped in the belief that the technology of the day had overcome any adversity.

“I cannot imagine any condition which would cause a ship to founder… modern shipbuilding has gone beyond that,” he once said. That confident outlook would cost him his life as Titanic slipped from beneath him early on the morning of April 15, 1912.

But overconfidence is only one of the reasons why Titanic’s story and legacy continues to consume each new generation.

There are also the many lessons that Titanic taught the world. One is the harsh reality that money could not save some of the richest men in the world – notwithstanding their stature among her passengers and their first-class accommodations. Another is the seemingly well intentioned – but ultimately deadly — decisions made by the men who built Titanic. They ranged from too few lifeboats to shortened bulkheads that would fail to hold back the inrushing sea. And, of course, there is the lesson of literally steaming full speed ahead despite abundant warnings of danger.

But, there is much more to the Titanic story than the obvious. For instance, ask most anyone what sunk her and the answer you usually get is: “It struck an iceberg.”

Yes, that’s the simple answer, but – to use a well worn phrase – that’s just the tip of the iceberg. In fact, Titanic was set up for disaster long before she ever left the drawing board or set sail on her maiden voyage from Southampton to New York.

As I explore in my book “Why the Titanic was Doomed,” there were more than a dozen circumstances that brought about the demise of the world’s best known ocean liner. For example, her own sister ship, Olympic, played a direct role in sending Titanic to the bottom of the North Atlantic.

Not many realize that had Titanic left on her originally scheduled sailing date in March 1912, her sinking likely would have never happened. At that time, the shipping lanes were clear of the deadly ice that would cause her destruction. But her maiden voyage was delayed until April of that year because her sister had been damaged in a collision with a British warship as she left Southampton. To get Olympic back in service as quickly as possible, parts and shipyard workers were diverted to her from Titanic – pushing her sailing date back a month. As a result, the dangerous ice had time to travel south, bringing it directly into Titanic’s eventual path.

Rare astrological events further worked against Titanic. The unusual positioning of the Sun and Moon created higher than normal tides in early 1912. Researchers now believe those rising sea levels allowed many large icebergs to float free after being grounded along Greenland and Newfoundland. Many captains traveling the North Atlantic shipping routes noted they had never seen so much ice so far south.

While some of these circumstances can be found scattered in the many books, documentaries and movies that have been produced about Titanic, finding them concisely presented all in one place is difficult at best. And with new information literally surfacing in recent years, much of what is available about the world’s best known disaster at sea is incomplete.

Bringing it all together was the impetus for researching and writing my book and presenting the next chapter in Titanic’s continuing story. I hope you find the information it contains both informative and enlightening. Hopefully, current and future generations will also learn from the important lessons the story of her loss presents.

Why the Titanic was Doomed by Bryan Jackson is available to order here.