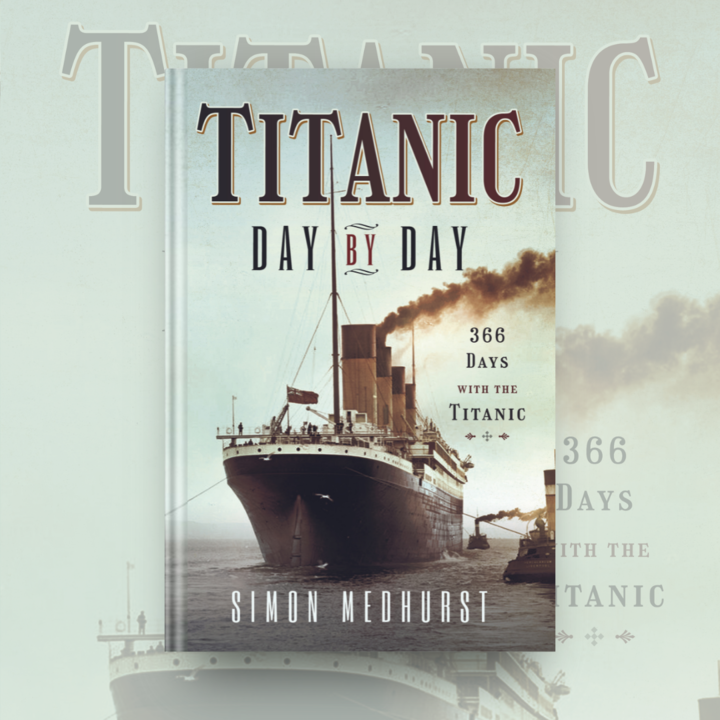 What makes the story of Titanic so intriguing, so fascinating?

I would like to start by asking a question. What triggered your journey with Titanic? Was it the the 1956 black and white film ‘A Night To Remember’ or the discovery of the Titanic in 1985? Was it the James Cameron film ‘Titanic’ in 1997, maybe a Titanic exhibition or, like myself, a battered book from a library book sale. This is how it began with me and I was hooked. Now my journey in collecting all things related to Titanic had started, fascinated by its history, the people, the stories and the heroism. My passion for the Titanic and it’s story went on through the years until at the age of 45, in 2012, exactly 100 years since the disaster I found my birth father and everything took on a new perspective. I was to find that my father was the Grandson of Robert Hichens Quartermaster and Helmsman of Titanic, at that point my life was changed forever and everything became personally relevant. So who was my new found Great Grandfather, Robert Hichens? In April 1912 Robert Hichens joined Titanic at the age of 29 as one of the six Quartermasters. It was the height of his career to now be Quartermaster and Helmsman at the wheel of the biggest ship in the world. On the night of the disaster, April 14th 1912 at 8:00pm Robert came on duty in the wheelhouse and at 10:00pm took the wheel, relieving Quartermaster Oliver of his duty.
At 11:40pm Robert heard 3 bells struck from the lookout post and the phone ring and then the commanding cry “hard a starboard.” With all his might he turned the wheel to port sending Titanic hard to starboard but there was not enough time for the ship to turn away and the iceberg. Below water level ice sliced the side of Titanic and the fatal blow was struck. At 12:23am Robert was ordered to uncover one of the emergency collapsible boats and then ordered to take charge of lifeboat 6 by Second Officer Lightholler and head for the light that could be seen in the distance, presumed a ship, to deposit his passengers and then return for more. It was around 1:00am Robert left Titanic never to return. The light never got nearer and now being out at sea with no compass, awaited their fate. At around 8:00am Carpathia, the rescue ship, arrived and Robert and all onboard were saved, Robert being the last to leave the lifeboat, making sure all passengers were safely aboard.
This brief summary of the events that night would stay with Robert for the rest of his life. Not only did this event shape his life, but the lives of all who would follow down the family line. Robert’s heroism and dedication was shown by so many that night, many never lived to tell the story or for that story ever to be told. But we remember all, both survivors and lost. And to be able to say they did there duty to the very end.
Being the great grandson and a direct relative of a survivor now gave me a completely new perspective my desire has become more than being merely a collector but an ambassador for the spreading of the Titanic story and the story of the individuals on Titanic in any way possible. So this moved me to put together a book that encapsulated those thoughts and it has been a labour of love 6 years in the making.
This new book ‘Titanic day by day, 366 days with the Titanic’ encapsulates the lives, stories, heroism and tragedy of everyone on board Titanic including my great grandfather, truly a night to remember.
Each page has births and deaths, survived, lost, ticket prices, what age on Titanic and occupation of each member of the crew. For each day of the year newspaper articles from the time, Titanic survivor quote or Titanic facts or a snippet from either the British or American inquiry.
There is a forward by Rory Golden, Diver, Presenter and explorer who went to the wreck site and also a forward by Tim Trower Titanic Historian. Also Helen Benzinger great granddaughter of Margaret Brown known as “The Unsinkable Molly Brown”. It’s a book that will have a worldwide appeal due to the information and facts, it’s a something that can be picked up for casual reading or used every day of the week and enjoyed. This book will be unique as no other book covers these facts and information on passengers and crew in in this way and in such daily detail.
“I still think about the ‘might have beens’ about the Titanic, that’s what stirs me more than anything else” Walter Lord, Titanic historian and author of ‘A Night To Remember’.