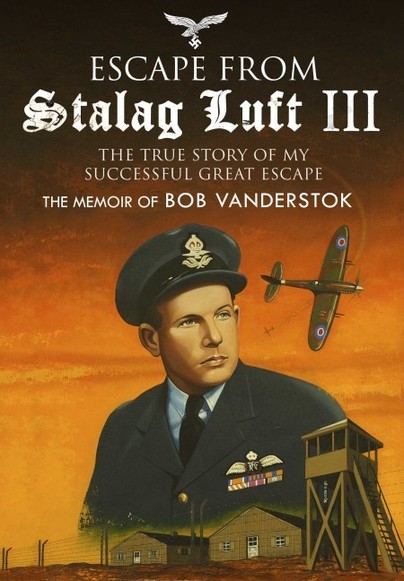 1. What did the
breakout from Stalag Luft III achieve?

Achievement is a relative term. The basic goal was to achieve a mass escape, disbursing Prisoners Of War throughout the region and thereby redirecting Nazi resources. The number of escapee’s, the timeline or consequences of possible recapture, etc. were all of secondary importance. The notoriety of the escape created a success in its own right. The escape reminded the captors that the prisoners were not a passive lot, but still actively involved in the war effort.

Bushell was the genius behind the grand plan of executing a mass escape. His charge was to deliver the mechanics of a “great” escape under unique and harsh circumstances while maintaining full secrecy and security. My five words would be: compartmentalized, heroic, leader, motivator, tragic.

3. And the same for
von Lindeiner?

Von Lindeiner was enigmatic in that he was an old school Prussian locked into a thoroughly corrupt Nazi regime. His career and specific position as a Prisoner of War camp commandant placed him somewhere between a rock and a hard place. With some distance from the event, it appears he was in a “no win” position. Some of the five words I would offer are seemingly incompatible: enigmatic, decent, dignified, structured, conflicted.

4. 50 men were
executed after the Stalag Luft III escape: was the disruption caused
enough to justify the loss of life? Did the breakout really boost
morale?

All of the men involved in the Stalag Luft III escape knew of the risks of planning and executing an escape. Most would have clearly felt that their role as patriotic servicemen required their continued resistance. Simply sitting out the war was an anathema to them. These men were also realistic, accepting the fact that while an escape would be disruptive, it was unlikely to be transformative. Of course, no one could have imagined or anticipated the Nazi ‘over-response’ in “murdering” 50 escapees. Did the breakout boost morale? Probably, in the short term, it suppressed morale. But in the larger picture, the spirit of these men has been endorsed and glorified as exemplified by the numerous tributes given, books written, movies produced and reunions attended. This small event has earned its place in military history as significant. Standing up for a cause often has consequences. These patriots did just that, so…yes….the loss of life was justified. I dare say that few of the families of the escapees who lost their life think that this loss was ‘in vain’.

5. Was the escape –
in the words of Hermann Glemnitz – a ‘silly idea’ and would an
operation on a smaller scale have been more effective?

Effective in what respect? It was precisely the big idea of a “great” escape that drew attention to the event, redirected enemy resources and inspired many. The actual scale of the event would have done little to change the original rationale for the event. To reduce this now renowned event to “a silly idea” is both wrong-headed and even offensive. Yes, there was a loss of life. But the event also became a teaching moment to thousands of new military personnel in examining mindset and how and what to do in case of capture.

6. Stalag Luft III is known to millions of people throughout the world because of the film, The Great Escape. Aside from the sunny weather throughout the film, how accurate is the film? Does it do more damage than good to the legacy of the Prisoners of War?

The film, despite its inaccuracies, brought the event to the international stage. It shared the true story of ingenuity and patriotism of a few good men. Production standards and storytelling discipline was maintained. The driving musical theme delivered genuine suspense and memorability. The film’s shortcoming was in casting and characterizations. No Americans participated in the escape. Motorcycle jumping movie stars added little to the story, but perhaps did add to the box office receipts. Vignettes, like throwing an American baseball in the cooler, were simply imaginative flourishes and within the producers’ rights. Presumably, this was a device to simply demonstrate the humanity of the prisoners. Most important, the producers delivered a true story which was seen to be true. Accordingly, I believe the film enhanced the legacy of the Prisoners of War and introduced this story to generations of movie goers and military enthusiasts.

7. How did your father feel about the film and how do you feel about it?

When we first saw the film, with our father, we peppered him with questions. Was that true? Was that accurate? He commented about the accuracy of the setting and the inaccuracy of the characters. But the film created a certain celebrity to all participants of what became known as “The Great Escape”. What might have been just one more unknown story in the annals of WWII instead catapulted him and others to the front page. The producers of the film chose not to consult participants like my father. We suspect it was for liability purposes, but it may have simply been for pragmatic reasons. While he spoke to many reporters and others on many occasions, he never spoke about the character, Sedgewick, that some people associate with him, in the film. Our personal views of the film are largely outlined in question 6.

8. If you could ask Bushell a question what would it be?

I have an abiding admiration for the man, but really have no questions. Questions such as “what would you have done differently?” seem academic and purposeless. Sufficient time has passed that decisions he made are now simply a matter of historical fact. Asking about his concerns, his personal strategy for escape or his fondest wish in life seem misplaced.

9. Were the Prisoners of War – including your father – that organised and participated in the escape exceptional men? Or ordinary men in exceptional circumstances?

While I believe that many of the men who found themselves incarcerated in this unique camp at this unique time were exceptional, my instincts tell me that this was a group of ordinary men who found themselves in exceptional circum-stances. The group was almost exclusively pilot officers which in and of itself suggests exceptional talent. But it was the combined talents of all these men, their dedication and the Big X leadership that ultimately delivered a successful escape of 76 men.

Escape from Stalag Luft III is available to order from Pen and Sword now.