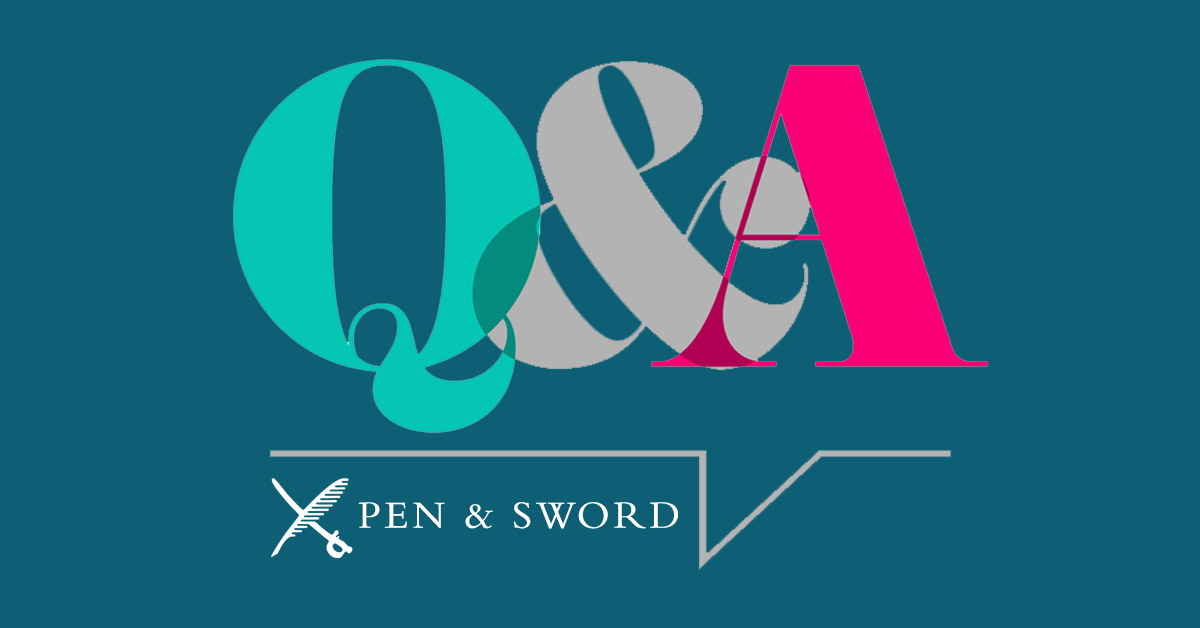 We hope you’re enjoying ‘meeting’ our fantastic team! Today we’d like to introduce to Michael Leventhal.

• Tell us a little bit about your connection with Pen & Sword; when it began and the journey you have taken between then and now?

I’ve known the Pen & Sword MD Charles (Hewitt) for almost twenty years but we didn’t start working together until I set up the Frontline Books imprint just over ten years ago. Martin Mace took over as Publisher of Frontline Books and I restarted Greenhill Books, another military imprint that my father originally started in 1984.

• Did you always want to work in publishing?

Definitely not! I started working as a journalist and my first jobs were for different newspapers. I did a five-year stint on the Daily Express including two years on the gossip column.

But, I realised the cliché is true – today’s newspapers are tomorrow’s fish & chip wrappings. They don’t stand the test of time the way books do – some of the books my father published forty years ago are still in print.

• What are some of the biggest changes to happen in the publishing world during your working life?

The only constant thing in publishing is change: you have to adapt to suit new developments. The development of eBooks has been huge. The gradual collapse of the British and Australian book clubs also had a major impact on my publishing.

• One of your more recent ventures has been the launch of Green Bean, tell us a little bit about that. How did the idea for it come about, and how are you enjoying it so far?

I’m enjoying a new challenge in a different type of publishing! After my two sons were born I started reading children’s books for the first time in decades. I wanted to publish books that I would want to read to them. My sons are actually hidden in the artwork of a few books. On one new Green Bean Book they’re also credited as ‘assistant art directors’. No one will spot it apart from me (and anyone who reads this).

• Do you remember the very first book you signed up for Frontline Books? Is it still in print today?

The first Frontline Book was a new edition of Sidney Rogerson’s Twelve Days on the Somme. It’s a brilliant memoir that I’d licensed for Greenhill a few years earlier. I think it is one of the best Great War memoirs ever written and I’m very proud of our edition. It’s still in print and has sold more than 20,000 copies.

• We know you could never pick favourites, but tell us about some of the books/series you’ve worked on over the years which you are most proud of, authors you’ve felt privileged to work with etc?

I can’t answer that question without offending a few authors! I am deeply indebted to the late Malcolm Brown, who gave me so much good advice and was such a wonderful historian to work with. He introduced me to Twelve Days and also edited T E Lawrence in War and Peace. I also feel very proud to have published three books by the late Lord Asa Briggs, including his Bletchley Park memoir Secret Days.

• What are some of the perks of the job – has your work allowed to visit anywhere special, meet anyone inspirational?

The perks definitely aren’t as good as they were when I was a journalist! I did meet Adolph Burger, who wrote The Devil’s Workshop, at his home near Prague. He had survived the Sachsenhausen camp and written about his time counterfeiting the dollar and sterling in World War II.

• What would be your dream book to publish – and would you write it yourself?

I find writing too stressful – but I have finished a Green Bean book called The Chocolate King that will be out next year. My dream book would be one that sits at the top of the New York Times bestseller list for a few weeks and sells a million copies. If J K Rowling decides to move into military history writing I’m happy to help her.

• What’s next? What projects are you working on at the moment which are due to be published in the rest of 2020/2021 which you are really excited to see released?

On the history front, I’m about to release a great history of the T-34 tank that’s packed with pictures that have never been published before. I’m also very excited about a new book on the Christmas Truce, which will have first-person accounts from British and German eyewitnesses. It is being edited by Anthony Richards, a curator at London’s Imperial War Museum, but won’t be out until next year.

I also have to plug the Green Bean Book that I’m writing! It’s called the Chocolate King and it has incredible illustrations by a Spanish artist called Laura Catalan. If you’re interested in chocolate, this is the one for you. To accompany the book I’ll be giving away a free collection of 25 chocolate recipes, plus a timeline showing the history of chocolate from the Aztecs and Mayans up to the present day.

And, finally, a children’s book on Joseph Malin, the guy who first introduced fish and chips to England – here’s a sneak preview of the artwork by Omer Hoffmann.

• Outside of work, what have you been reading during lockdown/what are you currently reading/what’s your favourite book of 2020 so far?

To be honest, I’ve spent most of my time reading new manuscripts from authors, plus cookbooks (you can’t beat Honey & Co). The last fiction book I read was Bitter by Francesca Jakobi.

• We know that you are an old hand when it comes to working from home, whilst many of the office staff have had to adjust to a new way of working during the pandemic. Who – if anyone – supports you during the day and how do they help?

I have to lock myself away… the only person that really supports me is Maddie Moat on YouTube. She keeps my sons glued to the computer screen! They’ve had more screen time over the last four months than over the last four years, but it’s the only way to get work done.