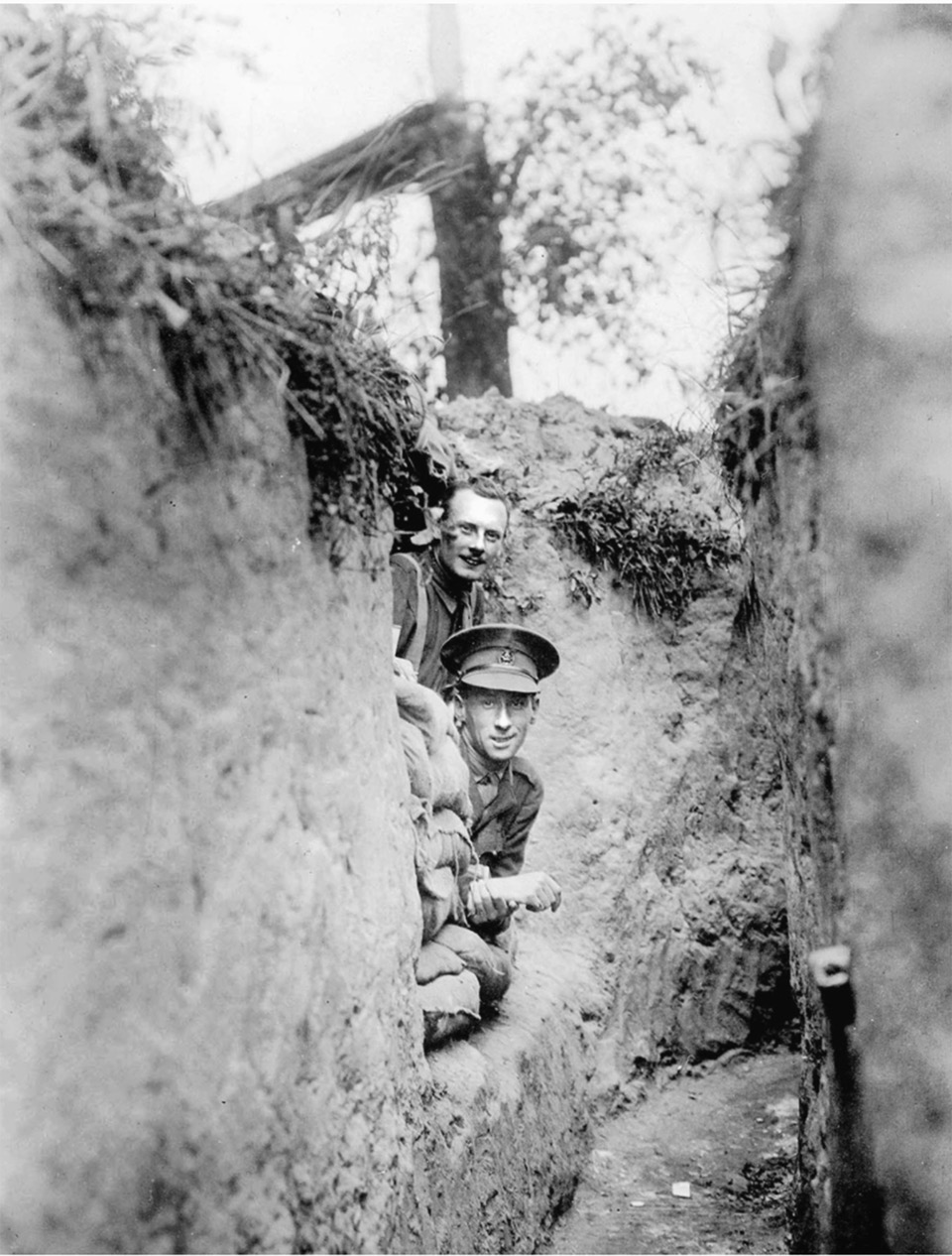 The Battle of Cambrai: 27th November

With November being the month of Remembrance, we all consider those who went before us and the sacrifices they made. 27th November is always particularly poignant for me as it is the date my great uncle, George Hewitt was killed during the Battle of Cambrai.

Having been sent over to France in 1915, George served with the Yorks and Lancs Regiment, in the Yorkshire Trench just outside Ypres. One of his colleagues actually had a camera in the trenches, so we’ve always been able to see what the conditions were like through an album of photographs which has been handed down the generations and  which were reproduced in Jon Cooksey’s book Flanders 1915. Having been hit by a sniper in the head, George returned to Blighty to recover, but he was back in France for the Big Push in the summer of 1916 at the Battle of the Somme. He fought at Thiepval, a few miles along the front line from where some of his friends and relations attacked at Serre, as part of the Barnsley Pals. George was wounded again and evacuated home, where he was offered a job helping the war effort from home. However, George knew he should be back with his troops on the front line and he joined his regiment again in 1917, commanding C Company 2/5th Yorks and Lancs, known as the ‘Barnsley Company’ at the Battle of Cambrai.

The Battle of Cambrai started out as a great success and George and his fellow soldiers took part in the big advance on the first day, following behind a few hundred tanks such as recently re-discovered and restored Deborah (D-51), punching through the Hindenburg Line on 20th November and advancing 6 miles in one day. This was the biggest gain of the war to date and considered such an event that church bells rang all over Britain in celebration. The triumph, however, was short lived, the Germans quickly reinforced their lines and the advance was brought to a standstill. The usual slog for no gain took over. George and his regiment were rotated out of the front line and the British decided what to do next.

When I was growing up, I was told that George had died leading his Company into a village, which was a trap and they were all subsequently wiped out. It was implied to me at the time that he had made a mistake and there had been big losses as a result. I would have preferred to remember George as a hero, but it wasn’t to be. I was proud of him for many reasons, but this wasn’t one of them. I’d visited Serre many times over the last 30 years, where the Barnsley Pals had fought, where another uncle had bravely led his men over the top in the Battle of the Somme, never to be seen again, but I hadn’t yet ventured to Cambrai and was perhaps slightly reluctant to visit. However, about 10 years ago I decided it was time to research for myself what actually happened to George, I am very glad that I did.

It was Nigel Cave and Jack Horsfall’s books on Cambrai that I turned to and was interested to read what actually happened. Cambrai was of course to be the battle that broke the stalemate and through which victory was achieved. It had been going according to plan on the first day, but as the days ticked by and no further gains were made, General Haig took a greater interest in the battle and came up with a plan for a big final effort to try and break through the reinforced German lines. On 26th November he instructed all the forces at Cambrai to attack the German front line the next day and to take it ‘at all costs’. The attack would begin with the tanks breaking through the German lines, as they had done 7 days earlier and troops following in after them. However, when the attack was launched on 27th, there were far fewer tanks, as many have been knocked out or broken down and when they failed to break through the German lines; it was left to the infantry following on behind to do the best they could….. ‘at all costs’.

George was commanding C Company of the 2/5th Yorks and Lancs Battalion, which was part of the Yorkshire Brigade, a force of about 5,000 Yorkshiremen who had been given the task of capturing the left hand side of Bourlon village.

The Yorkshire Brigade moved up steadily until they reached a huge barricade that the Germans had built in front of the village and which allowed them to fire into the flanks of the approaching Yorkshiremen. Huge casualties were taken, the brigade was forced to retreat under fire from gas shells. Over 1,600 Yorkshiremen alone were lost before the end of the day and among them was Captain George Hewitt, my great grandfather’s eldest son.

George hadn’t led his company into a trap, he was following Haig’s orders along with everyone else on the front line on that fateful day.

Following on from that I found a letter that an embedded journalist had written to the local paper about the incident.

Quinlisk Letter from the front line:

Dear Sir, I wish to thank you for your letter which I received two days ago. This is my first attempt at a letter since we have been in action and I rather expected by now that we would be well behind the line. I am sorry that I haven’t got good news for you. You will of course have heard before now of the death in action of Captain Hewitt. I can assure you that it came as a great shock to us all, and personally I may say that I have lost a good friend. When we came out after the preliminary operations, the success of which Sir Douglas Haig paid tribute to, I happened to meet Captain Hewitt in the village as I went to draw my pack. He said: “Glad to see you got through it Quinlisk” in his cheery way after I had saluted. This was on Saturday and on Sunday the battalion went in again. On Tuesday morning the attack on the village took place and Captain Hewitt met his death instantaneously, leading his company into action. It was absolutely hell in that village. To call it a fortress village is to put it too lightly. Every house is a fortress and from every window and doorway, machine guns were turned on the brave men who were going forward, in fact it seemed as if there was a machine gun under every slate in every house. Such were the conditions the battalion were up against. Captain Hewitt led his company into the village and decided to rush a strongpoint. “Come on boys, let’s rush it” were his last words. And at the head of his men, he went forward only to be cut down on the way. His servant faithful to the last died beside his master. “Captain Hewitt deserves the VC if ever an officer or man did” said a sergeant who was with them in the attack. I don’t feel like writing much more about it just now. You see, Captain Hewitt occupied a unique post as company commander here. He was the only Barnsley officer in the battalion, one of the few Yorkshire officers we have, and he had charge of C Company which has always been known as the Barnsley Company. He knew his men, many of whom had served under him in the 1/5 and he had endeared himself to all. What a blow it will have been to his parents and friends. He is the second company commander to make the supreme sacrifice since the offensive opened and 2 others have been wounded.

RIP George and all your fellow soldiers who died that day. I’m proud of you all.

Deborah and the War of the Tanks 1917 by John Taylor