Welcome to the Top 3 True Crime picks from Pen & Sword!

In this blog post we are going to inform you about three true crime titles from recent years which we highly recommend. We hope that you enjoy reading up on these quality books which appeal to a wide range of readers.

The books will be posted with the links to purchase and the full book description, to give you detailed information on the contents of the book.

Without further ado, let’s get into it!

1. On the Trail of the Yorkshire Ripper by Richard Charles Cobb 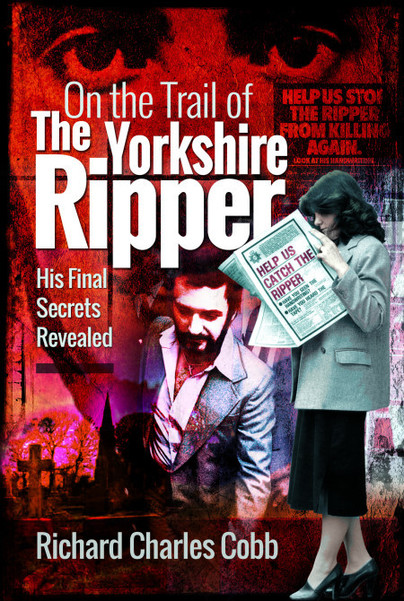 His reign of terror saw 13 women brutally murdered and the largest criminal manhunt in British history.

Just like Jack the Ripper, his Victorian counterpart of 1888, he remains a killer of almost mythical proportions, yet the locations and circumstances surrounding his foul deeds remain a subject of confusion to this day….. until now.

Using ground breaking new research together with the original police reports, newspaper descriptions and eye witness testimony, we can finally present the truth about what actually happened.

For the first time in over four decades we re-examine the crime scenes and deliver the real story of the Yorkshire Ripper murders.

This books is a truly intense read, one of our colleagues was contacting local media included in the book so he was scanning through for locations and was hooked even skim reading. The book doesn’t miss out no details for all you True Crime fans. This book is coming in at number one because of how closely it relates to the area Pen & sword are based in (South Yorkshire).

Richard is also the owner of East End tours, a walking tour company in London providing award winning tours on crime subjects such as Jack the Ripper and the Kray twins as well as cultural history tours of Spitalfields and Brick lane.

Originally from Ireland, Richard works in London and resides with his family in Bradford West Yorkshire.

2. The Krays’ London by Caroline Allen 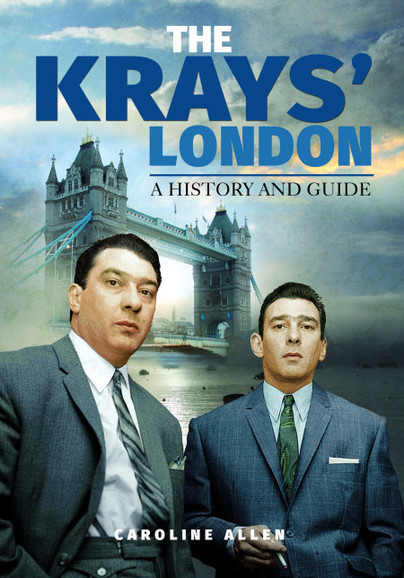 There are many conflicting stories about who Ronnie and Reggie Kray were.

Films depicting their lives have made the public vilify them, adore them and even admire them. This guide book will dig a little deeper into the places they spent their time. Many of the places are renowned as the stomping grounds of the devious duo, but there are one or two exclusives that are not yet covered anywhere else, including the untold story of their lifelong hairdresser.

Chapter by chapter, a map of their lives will reveal itself, making this the perfect read for anybody around the world interested in London’s gangster scene.

This title is a great read released in October 2019 it is a fairly new Kray Twins publication, we believe the book is special due to how close the author’s family member was to The Krays. Therefore we feel the book can really give you that real insight into what life was really like for these men.

Read how the author’s family was close to The Krays in the information below!

Caroline Allen is an author and journalist. Her grandfather cut the hair of the Kray twins for ten years and was even picked up and taken to ‘secret locations’ whilst they were on the run. Caroline has spent her life researching and hearing stories about them and would like to share her knowledge to help people build a picture of the real Kray twins.

3. Who was Jack the Ripper? by H Division Crime Club 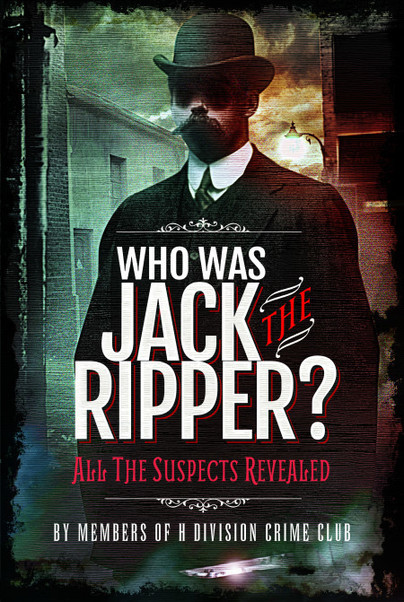 Jack the Ripper is the ultimate cold case. The Whitechapel Murders of 1888 have remained unsolved for over 130 years and hundreds of theories have been suggested as to the killer’s identity.

Despite numerous books claiming to unmask the infamous Victorian villain, none have come close …. until now.

The authors of this book are all members of H Division Crime Club, the world’s largest body of experts on the Jack the Ripper murders.

They have all come together for the first time in history to deliver their own personal research into each suspect and to finally nail down the identity of the man known as Jack the Ripper.

Who did the police suspect at the time?

Who was in the area to commit the murders?

Using 21st century profiling techniques, it is time to reveal the truth behind the men most likely to have been Jack the Ripper.

With each chapter discussing a separate suspect in detail, this book is the ultimate guide to solving the world’s greatest murder mystery.

This is an amazing book for the readers who take a detective approach when reading a True Crime book. We believe because their was no 100% confirmed identity of Jack The Ripper it really allows you to dive into that side of reading when you are looking through the book at police reports and eye witness accounts.

I hope you have enjoyed reading just a small selection of our True Crime titles available. If you would have included any other true crime picks or want to tell us your favourite, then head over to Facebook or Twitter and let us know your thoughts on the post sharing this Blog!