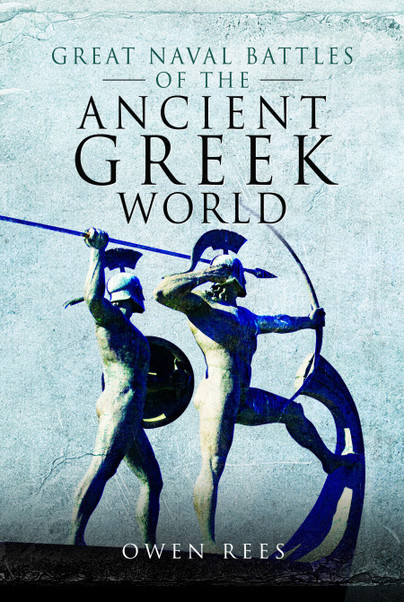 2020 is the official 2,500 year anniversary for the great naval battle of Salamis. It is perhaps the most famous naval battle of the ancient world, and saw a Greek fleet defeat a much larger Persian one in a decisive day-long battle. Often touted as a decisive moment in the history of Europe, there are still bits of the story most people do not know.

Except that this ignores the BCE to CE transition as you go through the calendar – the year 0 CE does not exist, it goes from 1 BCE to 1 CE This means that if you go from 480 BCE and move forward 480 years on a timeline you are in 1 CE, add 2,020 more years to make the anniversary and you are now in 2021. So the real anniversary is next year.

2.Anyone who knows about the battle of Salamis will know that it occurred during the Persian invasion of Greece by Xerxes I. The supposed numbers involved, according to our main source Herodotus of Halicarnassus, are astronomical and clearly fanciful. 1,700,000 people travelling from Asia Minor (modern Turkey) all the way to Athens in Greece. But perhaps the size of the fleet is even more surprising.

For the invasion, Xerxes is said to have accumulated 1,207 triremes (war ships), with a further 3,000 supporting ships. To put this into some perspective, the Spanish Armada of 1588 CE consisted of approximately 130 ships. The next time we read about a naval force as large as Xerxes’ involved in an invasion of Europe, is at D-Day in 1944. There the combined Allied forces had just over 1,200 war ships and over 5,000 extra ships in support as well.

3. The mastermind and hero of the Greek victory at Salamis was the Athenian commander Themistocles. Themistocles was the man responsible for the size and strength of the Athenian fleet, which made up roughly half of the Greek force at Salamis. He is said to have pushed the Athenian assembly to spend their newly found riches in the silver mines of Laureion to build 200 triremes – the largest fleet owned by any Greek city-state. He is also the man who persuaded the Athenian people that when the Delphic Oracle advised that they put their faith in ‘a wall made of wood’, it did not refer to a defensive structure but instead referred to the fleet.

But what is less commonly known is that, while Themistocles may be prevalent in the history books, he was not the official commander of the fleet at Salamis. Command of the Greek fleet had already been assigned to the Spartan nauarch (admiral), Eurybiades, even though Sparta had sent only 16 triremes compared to the Athenian figure of 180!

4. Battle narratives focus on the main fighting that occurred between the bulk of the Greek and Persian fleets in the narrow straits between Salamis and Attica. What is often overlooked is that the Persians had sent an Egyptian detachment to circumnavigate the island and block off the Greek escape to the north. When Eurybiades discovered this, he assigned the Corinthian contingent of the fleet to head them off and keep them at bay.

O stranger, once we dwelt in well-watered Corinth;

now Salamis, the isle of Ajax, holds us.

And Medes, we saved sacred Hellas

5. Our main source for the battle is Herodotus, who recorded the battle in good detail in his Histories. However, he was not an eyewitness and actually wrote about it decades later. Amazingly, we do have the work of someone who fought in the battle. The Greek writer of tragedy Aeschylus fought at Salamis and produced a play all about it eight years later in 472 BCE.

The tragedy is called The Persians, and is set in the Persian court of the absent Xerxes. Within the play, the court receives reports of the battle and the Greek victory. Through its setting and dramatic focus on Xerxes’ mother, Aeschylus created an emotive and yet complex memorial to the battle. One that highlighted both the glory found in the Greek victory and the horrible impact that war had on the families of the dead.

6. One of the commanders at the battle of Salamis was a woman. The ruler of Halicarnassus, Artemisia, had a small force of five ships and fought heroically during the battle. It is said that she realised the Persians were losing and was, herself, under threat of being captured, so she chose to ram into one of her ally’s ships to trick the Greeks into thinking she was on their side. It was a successful ruse, and she was able to escape alive.

Xerxes, who watched the battle from the main land, commented on Artemisia’s valour and how she stood out from the rest of his commanders: “My men have become women, and my women, men!” The Athenians were so outraged that a woman should take part in a war against them, that a bounty of 10,000 drachmas was put on her head – but, of course, no one was able to claim the reward.

You can order a copy of Great Naval Battles of the Ancient Greek World here.