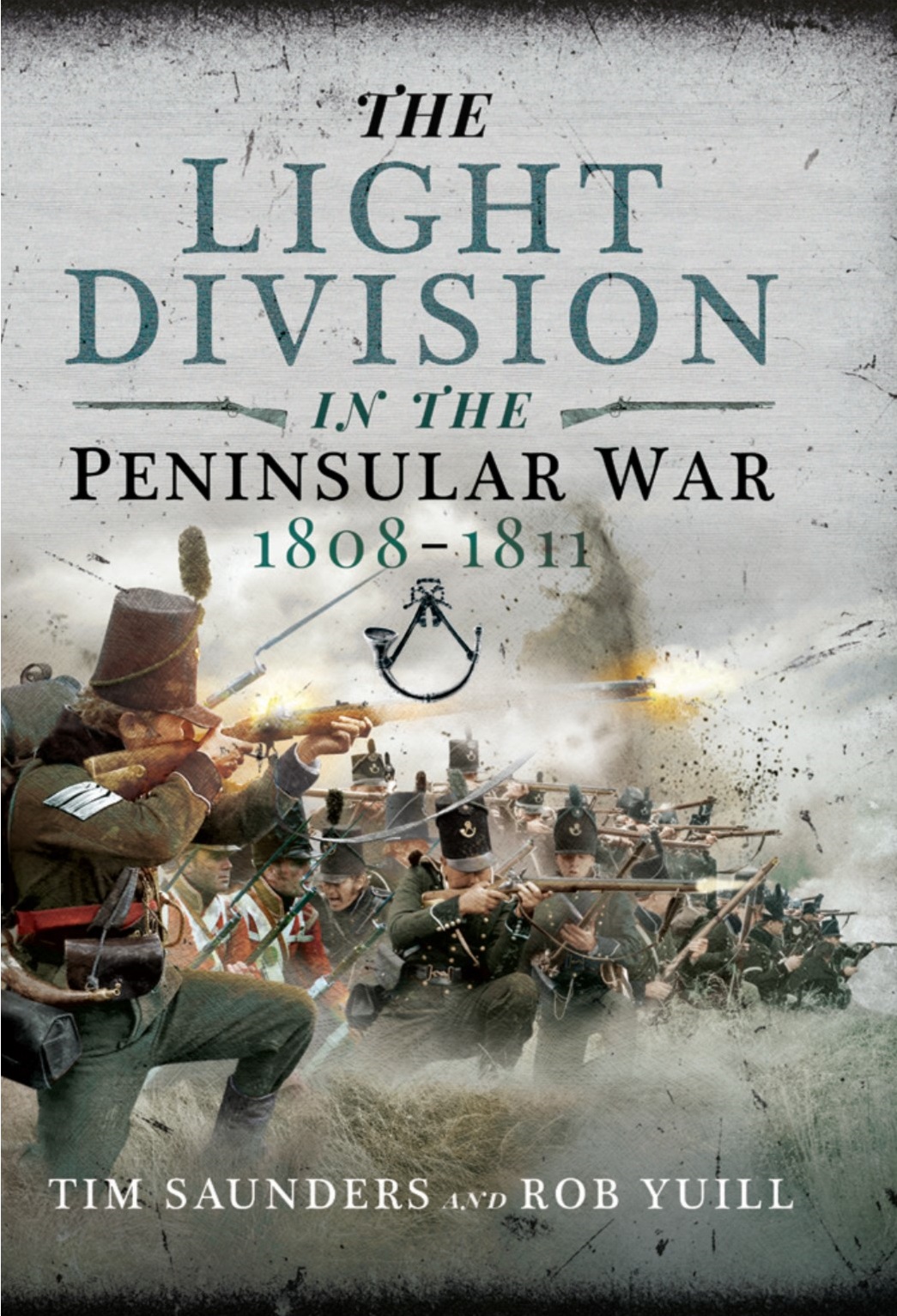 LIGHT DIVISION IN THE PENINSULAR WAR

Tim Saunders and Rob Yuill both served in the British Army with The Rifles, successors to the Light Division. Since retiring Tim has become an established author, film maker and battlefield guide, while Rob also guides and as a Civil Servant oversaw the Regiment’s heritage and its treasures. Both have a lifelong interest in military history and the Peninsula War in particular. Their two volume history covering the Light Division in the Peninsula War, is a subject that brings regiment and a love of history together.

In the first volume, using a wide range of personal accounts (beyond the usual suspects from the 95th Rifles), we examine the genesis of the division, its early battles and the first peninsula campaigns. Along side the history, are insights into the soldiers, their families, equipment, weapons and the division’s tactic. This included not just the infantry but Ross’s troop of Royal Horse Artillery and the cavalry regiments, which formed essential parts of ‘The Division’ on campaign.

In 1800, when the Experimental Corps of Riflemen was formed, there was nothing particularly new about light infantry. The British Army had light companies during the colonial wars of the eighteenth century but in ten years of peace their utility on the more open European battlefield was questioned and the term ‘Light Bob’ had become derisive. It took eight years of defeat at the hands of the revolutionary armies of France and their clouds of tirailleurs and voltigeurs, to convince a sceptical Horse Guards that a rifle armed British light infantryman was needed and would be effective! 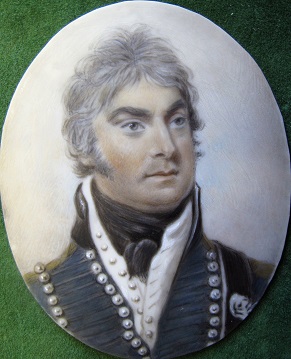 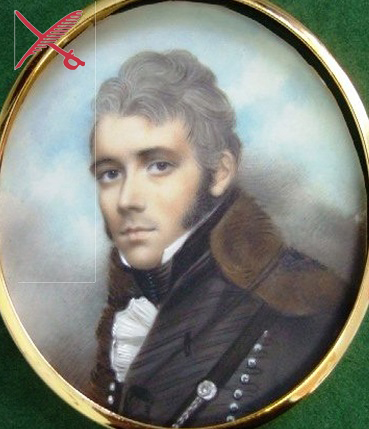 The founding fathers of the 95th Rifles Colonels Coot Manningham and William Stewart.

In 1800 regiments were required to provide officers and men for training as riflemen and in their first deployment that year to Cap Ferrol, they proved their worth and the 95th (Rifle) Regiment became a part of the Army’s order of battle. In 1803, with the threat of French invasion, a camp was set up under General Sir John Moore and his drill master Lieutenant Colonel Mackenzie, with the aim not only of guarding the coast but raising the standards of training and producing a ‘universal soldier’. Here the 43rd and 52nd Light Infantry, along with the 95th Rifles, absorbed the Shorncliffe System and in doing so laid the foundations for their success in the Peninsula.

In 1808 with Napoleon having usurped the Spanish throne and with Portugal occupied by General Junot’s army, General Sir Arthur Wellesley was dispatched to the Peninsular with a small force. First ashore at Mondego Bay were the 95th, who also fired the first shots and suffered the first casualties in what was a six year long war. In both the Battles of Roliça and Vimiero the 95th Rifles distinguished themselves with their fire effect and fighting qualities.

In northern Spain Sir John Moore formed the Light Brigade under Brigadier Craufurd, bringing the Rifles, 43rd and 52nd together again during the epic winter Retreat to Corunna/Vigo, from which they emerged as the elite of the army. Returning to the Peninsula in 1809, the unacclimatised, heavily laden brigade, in the full Iberian heat, marched over forty miles to join Wellesley at Talavera. In the aftermath of the battle, the jealously of competing French marshals cooperated to force the British back to Portugal.

Winter 1809, into spring and summer 1810 saw Craufurd and the Light Brigade, supported by the King’s German Hussars, providing the Army’s outposts, while Marshal Masséna’s army besieged the Spanish fortress of Ciudad Rodrigo. Against growing opposition, Craufurd’s command, which was upgraded to a Division by the addition of a pair of Portuguese Caçadore battalions, proved itself to be masters of the ground. However, as French pressed forward following the fall of Ciudad Rodrigo, Craufurd unaccountably held his position against overwhelming numbers. The result was an action, in which the regimental officers of the five battalions came into their own, successfully withdrawing their units to the River Côa against all odds. In such situations the destruction of any other division would have seemed inevitable. This feat of arms was followed by a defence of the Côa Bridge against bold and dashing attempts to force a crossing in true French style. 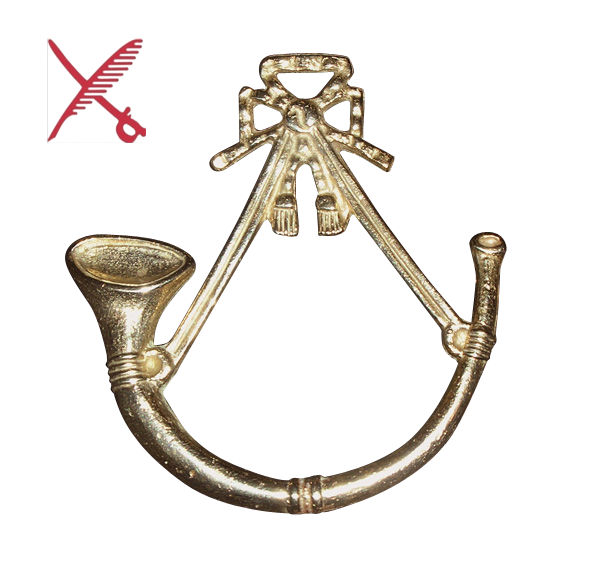 With Masséna’s army outnumbering the British, there was another retreat into Portugal, where the road taken by the French offered Wellington an excellent defensive position on Buçaco Ridge. In the resulting battle the Light Division fought as a screen of skirmishers and gave the cresting enemy columns the full benefit of volley fire and a bayonet charge, proving they were masters of both close order drill and open order tactics.

The withdrawal continued with the Light Division providing the rearguard, but it culminated with a nasty shock for the French, the fortified Lines of Torres Vedras. In the town of Aruda and up on the high ground the Light Division awaited an assault but the psychological impact of being thrown back from Buçaco Ridge now came into play, with the marshals refused to attack. After a month before the lines, the sickly, starving French army fell back to Santarem. Here, throughout the winter the Light Division again provided the outposts, while the rest army was in comfortable quarters. 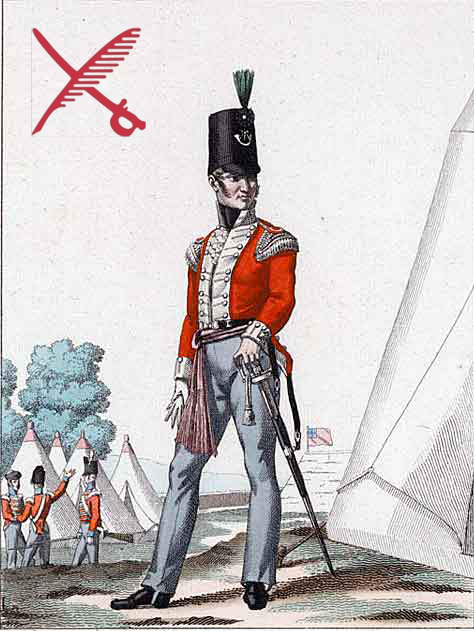 An officer of the 52nd Light Infantry.

In March 1811 Masséna accepted reality, his emperor was unable to send him supplies or reinforcements and began to withdraw and Wellington’s manoeuvres speeded him on the way back to Spain, with a whole series of actions. In these the Light Division was always to the fore, each one being of a different character, the only problem being that Craufurd was on leave and his place was taken by General Erskine. He had been foisted on Wellington thanks to influence at court and in Horse Guards; he quickly earned the nickname ‘Askine’ thanks to his perceived mishandling of the division.

With Masséna back on the borders of Spain, Wellington spotted an opportunity to attack an isolated French corps but the plan miscarried thanks to fog and Erskine whose orders only made matters worse. Once again, the battalions extricated themselves from a dangerous situation with no little credit.

The Light Division’s squares at Funtes d ’Oñoro under attack by French cavalry during their withdrawal to the army’s main position. Picture by Christa Hook.

Having been resupplied, Masséna advanced again from Ciudad Rodrigo against Wellington who was deployed on a border ridge just forward of the fortress of Almeida south to Funtes d ’Oñoro. The first attacks across the Dos Cassas at Funtes were held but a flanking move by the French had the Light Division marching to succour the 7th Division. Having covered that division’s withdrawal, the division faced an epic withdrawal of its own under the eyes of the rest of the incredulous army. Craufurd’s infantry, cavalry and guns marched in column and square, bombarded by French artillery and with enemy cavalry ready to pounce on any opportunity.

By the summer of 1811 the Light Division was the undisputed elite of Wellington’s Peninsular army. This book tells their story in unrivalled variety and detail. 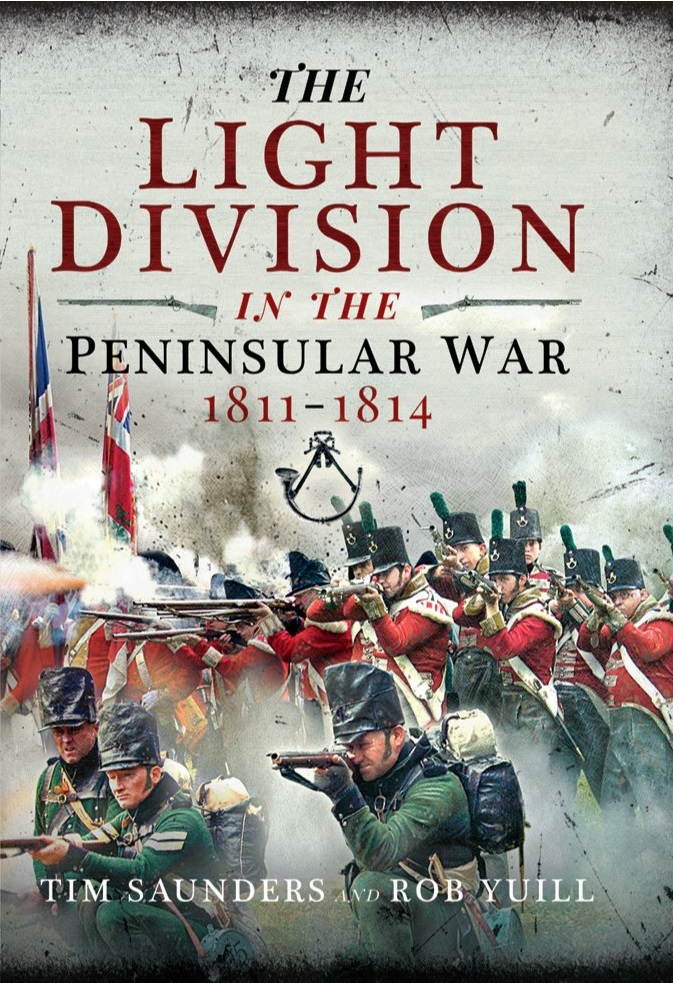