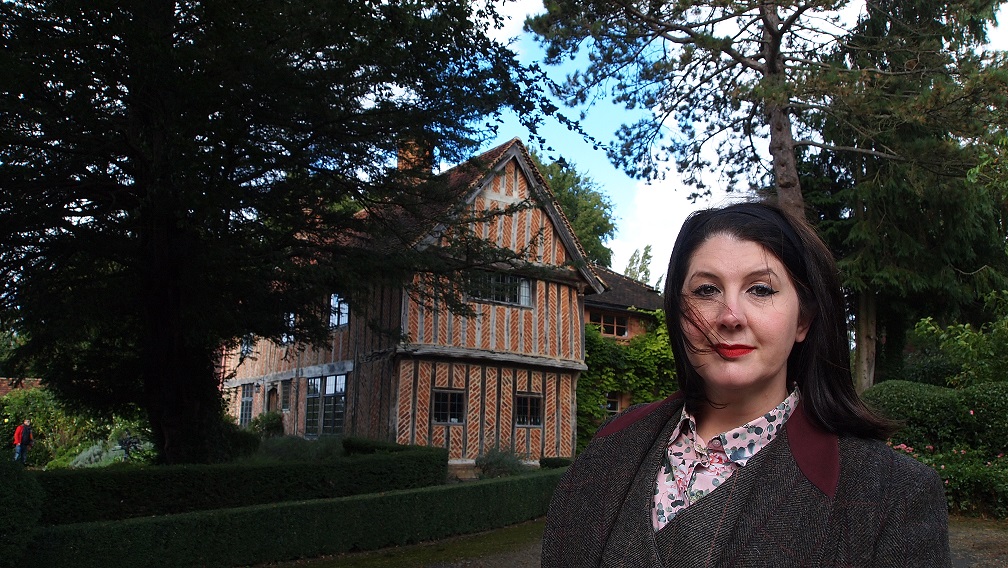 Today we have a guest post from Pen and Sword author, Helen Barrell. Helen is the author of Poison Panic and Fatal Evidence. Here Helen discusses the case of Sarah Chesham who appears in both of her titles. Enjoy!

If you’ve been
watching the new series of BBC1’s Murder, Mystery and My Family,
you’ll have encountered the case of Sarah Chesham, or “Sally
Arsenic” as she became known, the wife of an agricultural labourer
who stood trial four times accused of poisonings.

Sarah
Chesham appears in both my books Poison Panic and Fatal
Evidence. It’s my view that Sarah’s last trial was unfair and
that she shouldn’t have been hanged, so I was really pleased when I
was contacted by the makers of Murder, Mystery and My Family. I’m
clearly not alone in thinking there was something very wrong with
what happened to Sarah Chesham, and I was hopeful that the former
Appeal Court judge in the programme would agree.

It all started in 1846
when a young woman called Lydia Taylor accused Sarah of trying to
poison her baby. Locals remembered the sudden deaths the year before
of two of Sarah’s sons. Their symptoms of severe vomiting and
“purging” were attributed to English cholera (which we’d
perhaps call gastric flu or food poisoning today) and at the time no
investigation was made. But with Lydia accusing Sarah of attempted
murder, her sons were exhumed.

Alfred Swaine Taylor
performed the examination, a forensic scientist so famous in his day
that he became a household name and even Charles Dickens visited his
laboratory. He appears to be one of several men in his field who
inspired Sir Arthur Conan Doyle to create Sherlock Holmes. He found
‘yellow arsenic’ in the stomachs of Sarah’s dead sons – and
this meant that in life the boys had swallowed ‘white arsenic’,
the kind that was so easy to buy at the time before poison sales were
restricted. Sulphur released by the body as it decomposed had blended
with the ‘white arsenic’ turning it yellow.

By the 1840s, tests for
arsenic had been developed which were more reliable than the tests of
the past. But while Taylor’s results and his interpretation of the
boys’ symptoms indicated that they had died of arsenic poisoning,
his tests couldn’t prove how the boys had ingested the arsenic to
start with. And when Lydia Taylor’s baby passed away, Taylor
analysed the child’s remains and couldn’t find any sign of
poisoning.

Sarah went on trial
three times in two days and was acquitted. While it was clear her two
sons had died of arsenic poisoning, there was no sound proof that
Sarah had administered it, or a motive as to why a loving mother
should kill her children. When Sarah was tried for poisoning Lydia
Taylor’s baby, the prosecution counsel withdrew the case after
medical evidence was given.

So Sarah was cleared of
the charges against her, a free woman after spending several months
in prison awaiting trial. But the cases had caught the public’s
imagination. Before the trials, The Times had run excoriating
editorials claiming she was ‘a murderer for hire’ and novelist
Edward Bulwer-Lytton had written a sensational novel about a poisoner
called Lucretia Clavering – cashing in on the Sarah Chesham cases
as Clavering was the name of Sarah’s village.

The stain never washed
off, and while other apparent poisoning cases were unearthed around
the country – and several of them were in Essex, where Sarah
Chesham lived – newspaper editors reminded their readers of Sarah’s
cases each time.

When Sarah’s husband
Richard died in 1850, the diagnosis of tuberculosis was not accepted
by some. Taylor had performed an analysis and found a tiny amount of
arsenic in Richard’s body, and a huge amount in a bag of rice
retrieved from Sarah’s house. An inquest was held but the jury of
locals decided there was no need to refer Sarah to trial.

However, the police and
the coroner didn’t agree. Sarah had no idea that, for several
months, a secret investigation went on into Richard’s death,
looking for evidence that would prove he had met his death by unfair
means. At the National Archives, there’s an astonishing document in
an unassuming buff folder which records some of the secret
investigation. In it, Taylor warned them that the amount of arsenic
he had found in Richard’s remains was far too little to warrant a
murder charge, although he explained its presence by suggesting Sarah
had fed him small amounts of arsenic over a long period of time,
weakening an already flagging system. And it records too the evidence
of a local woman who had claimed to be Sarah’s friend and told them
that Sarah was offering to poison troublesome husbands for women in
Clavering. She even claimed that Sarah kept a stash of arsenic in a
tree stump and admitted she had shouted “Sally Arsenic!” at Sarah
in the street.

Had Taylor not found
any arsenic in Richard Chesham’s remains, one wonders if the vast
amount of arsenic found in the bag of rice would have led to Sarah
being tried anyway. Although arsenic is naturally occurring in rice,
there was so much in the bag taken from Sarah Chesham’s house that
it was visible to the naked eye as powder caking each grain. Either
the arsenic fell in by accident – and someone died in Suffolk
around this time after arsenic fell into the family’s bag of flour
– or it was added on purpose. And if it was intentional, then it
was added either by Sarah Chesham in a bid to murder her husband
without a care for the safety of anyone else in her house, or it was
added by someone to frame her.

When Sarah stood trial
in 1847, she had a defence counsel. But in 1851, there was no one to
defend her – she certainly didn’t have the means to pay for a
defence team herself. Perhaps because the charge was attempted murder
and because the stiffest sentence it carried was life imprisonment or
transportation for life, someone somewhere decided that because a
life wasn’t at stake, they could spare the county some expense. But
they hadn’t reckoned with Lord Justice Campbell, who presided over
the trial.

Sarah’s few questions
to the witnesses were relayed by a barrister who offered to help on
the day, and when she gave a statement, it was rambling and didn’t
argue the points against her. It revealed that she had not been able
to put together her own witnesses, and she felt the evidence against
her was based on ‘spite and revenge.’

Judges at the time
could sentence as they saw fit. When the jury returned a verdict of
guilty, Campbell agreed and declared that the evidence against Sarah
was overpowering. That he could say this after the secret
investigation had said there was too little evidence shows how skewed
the trial was. Campbell said he believed Sarah Chesham had killed
before and unless she was executed, ‘there would be no safety for
mankind.’

And with that, rather
than be sentenced to prison or transportation, Sarah Chesham was
condemned to a public hanging. A couple of months after Sarah’s
execution, an Act was passed to restrict the sale of arsenic –
perhaps Sarah’s trial had been useful for those who wanted to see
the Act come into law.

I don’t think it’s
possible at this distance of time to say definitively whether Sarah
Chesham ever poisoned anyone. But what I do believe and have since I
first read about her cases is that Sarah final trial was grossly
unfair. And I was more pleased than I could say to see the barristers
and the judge on Murder, Mystery and My Family agree. Stephen
Jakobi, founder of Fair Trials Abroad, also believes Sarah Chesham
suffered a miscarriage of justice, and you can read his take on the
case in his book Misjudged Murderesses (published by Pen &
Sword in November 2019).

Of course, looking back
to the past we will sometimes see injustice, especially when measured
by the way investigations and trials are conducted today. But Sarah’s
last trial is so astonishingly one-sided, a conviction based on
evidence that wasn’t enough to secure a murder charge, that her
hanging cannot be seen as anything less than judicial murder.

Poison Panic is available to order now from Pen and Sword.

Fatal Evidence is available to order now from Pen and Sword.