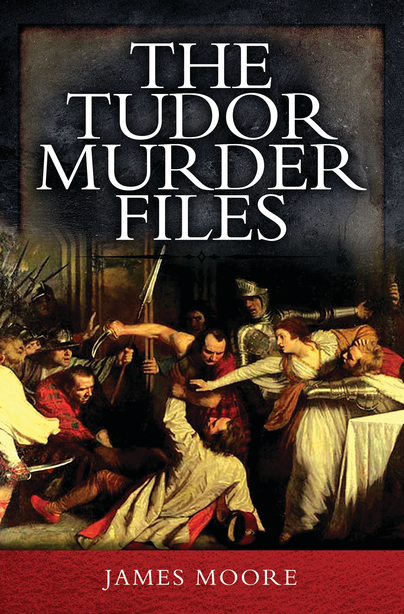 Life was often nasty, brutish and painful for criminals in Tudor England, with a host of fiendish punishments dished out by the state to wrong doers, including some new methods of execution dreamt up by King Henry VIII himself! Here James Moore, author of The Tudor Murder Files, looks at five of the most petrifying penalties employed by the authorities in the 16th century…

Hanging was the usual punishment for serious crime, including murder, in Tudor England but it could often be a messy affair. Contemporary writer William Harrison might have assured us that those who were hanged went ‘cheerfully to their deaths’, yet executions were amateurish compared to those performed by professional hangmen of later centuries. They often ended in strangulation, rather than a broken neck, resulting in a protracted death. However, when compared to some other methods of Tudor execution, it was probably still preferable. In 1531, paranoid about being poisoned himself, Henry VIII forced through the Acte of Poysoning in response to the case of Richard Roose. He was a Lambeth cook accused of serving poisoned gruel to two people in a botched attempt to assassinate John Fisher, the Bishop of Rochester, who himself survived. The new law made being boiled alive a punishment for the first time, reserved specifically for poisoners. Roose was duly executed by being plunged into a cauldron of scalding water in London’s Smithfield until he was dead. A contemporary chronicler tells us that he ‘roared mighty loud’ and that many of the spectators were sick and appalled. Sadly, Roose wouldn’t be the last to suffer the terrible fate until the act was abolished in 1547.

We think of legal technicalities as something modern, but in Tudor times you could not face a jury unless you entered a plea of guilty or not guilty. Sometimes, those who tried to avoid justice this way, were simply starved in prison until they changed their minds. But by Tudor times this had morphed into a practice even more ghastly – being pressed to death. Also known as ‘peine forte et dure’ it involved the placing of heavy stones on to the accused until they either decided to make a plea or expired under the weight. Even at the time it was acknowledged by Sir Thomas Smith that being crushed like this was ‘one of the cruellest deaths that may be’. Incredibly, because of another legal loophole, some people still opted for it. Although they would die of course, these unfortunate souls hoped to avoid the confiscation of lands that usually followed a conviction by the courts. In this way the families of murder suspect Lodowick Greville (1589) and Margaret Clitherow (1586), arrested for harbouring Catholic priests, kept their inheritance.

Burnt at the stake

Often associated with witches (though most of those were hanged), this gruesome form of execution was also used for murderers, specifically women who had killed their husbands or servants who killed their masters or mistresses. In fact, in a sign of just how unequally women were treated at the time, this type of crime was considered more heinous than other types of murder and branded ‘petty treason’. Hanging was considered too mealy mouthed a form of execution. If they were lucky, those condemned to be burnt at the stake were strangled first, by having a cord tightened around their neck, then left to the flames. Otherwise they would die from smoke inhalation or in agony from burns. Alice Arden, who masterminded the notorious conspiracy to murder her husband Thomas, the former mayor of Faversham, Kent, would be burned at the stake on 14 March 1551 in Canterbury.

Broken on the wheel

It fell to the Scots in the 16th century to introduce a punishment arguably even more bizarre and barbaric than those being used south of the border. Being ‘broken on the wheel’ was a form of both torture and punishment adopted from continental Europe. The condemned individual would be tied, alive, to a wooden wheel in spread-eagle fashion. Their limbs would then be broken with a metal rod or other instrument. Once their bodies had been shattered, the condemned person would either be strangled, given a mortal blow, or simply left to die in agony. The wheel might also be paraded through the town bearing its bludgeoned victim and once they were dead it was often raised up on a pole bearing the mangled corpse. Killer Robert Weir faced this punishment in Edinburgh in 1600, as had Captain Calder in 1571 found guilty of murdering the Earl of Lennox.

Beheaded by the Halifax Gibbet

In Tudor England members of the nobility found guilty of serious crimes were given the benefit of being beheaded – probably the ‘cleanest’ death by execution of the era. But in Yorkshire common thieves might have their heads lopped off too using a novel device known as the Halifax Gibbet. You might associate the guillotine with Revolutionary France, but the Halifax Gibbet – essentially a large axe attached to a wooden block – was its forerunner by more than 200 years. It inspired another device which first started being used in Scotland during the reign of Mary Queen of Scots. Known as the Maiden, the bladed contraption was used to behead murderers and other felons in Edinburgh. Ironically, the Earl of Morton, who first introduced it to Scotland, would become one of its victims, decapitated in June 1581 for his part in the murder of Lord Darnley, the Queen’s husband.

Featuring famous names from the time including Thomas Cromwell, Anne Boleyn, Henry VIII, Elizabeth I, The Tudor Murder Files is a fascinating exploration of a relatively untouched topic in grisly Tudor true crime.