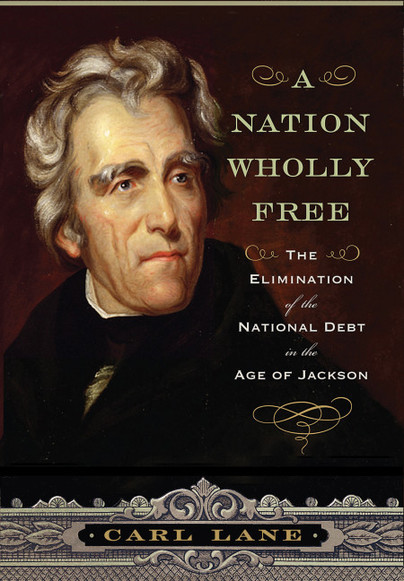 The Elimination of the National Debt in the Age of Jackson

Preorder
Add to Wishlist
You'll be £11.99 closer to your next £10.00 credit when you purchase A Nation Wholly Free. What's this?
+£4.50 UK Delivery or free UK delivery if order is over £35
(click here for international delivery rates)

When President James Monroe announced in 1824 that the large public debt inherited from the War for Independence, the Louisiana Purchase, and the War of 1812 would be extinguished on January 1, 1835, Congress responded by crafting legislation to transform that prediction into reality. Yet John Quincy Adams, Monroe’s successor, seemed not to share the commitment to debt freedom, resulting in the rise of opposition to his administration and his defeat for reelection in the bitter presidential campaign of 1828. The new president, Andrew Jackson, was thoroughly committed to debt freedom, and when it was achieved, it became the only time in American history when the country carried no national debt. In A Nation Wholly Free: The Elimination of the National Debt in the Age of Jackson, award-winning economic historian Carl Lane shows that the great and disparate issues that confronted Jackson, such as internal improvements, the “war” against the Second Bank of the United States, and the crisis surrounding South Carolina’s refusal to pay federal tariffs, become unified when debt freedom is understood as a core element of Jacksonian Democracy. The era of debt freedom lasted only two years and ten months. As the government accumulated a surplus, a fully developed opposition party emerged—the beginning of our familiar two-party system—over rancor about how to allocate the newfound money. Not only did government move into an oppositional party system, the debate about the size and role of government distinguished the parties in a pattern that has become familiar. The partisan debate over national debt and expenditures led to poorly thought out legislation, forcing the government to resume borrowing. As a result, after Jackson left office in 1837, the country fell into a major depression. We have been borrowing ever since on an enormous scale. A thoughtful, engaging account with strong relevance to today, A Nation Wholly Free is the fascinating story of an achievement that now seems fanciful.

CARL LANE is professor of history at Felician College in New Jersey. He received his PhD in history from the Graduate Center of the City University of New York. He is the author of Understanding the National Debt: What Every American Needs to Know (Westholme, 2016) and his articles have appeared in William and Mary Quarterly, Virginia Magazine of History, Essays in Economic and Business History, and other publications