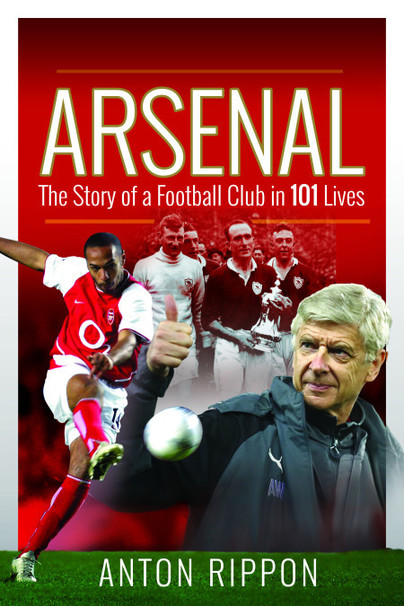 Arsenal: The Story of a Football Club in 101 Lives (Kindle)

Click here for help on how to download our eBooks
Add to Basket
Add to Wishlist
You'll be £4.99 closer to your next £10.00 credit when you purchase Arsenal: The Story of a Football Club in 101 Lives. What's this?
Need a currency converter? Check XE.com for live rates

From David Danskin, the Scottish mechanical engineer and footballer who was the driving force behind the team raised at Dial Square, a workshop at the Royal Arsenal in Woolwich, to Arsene Wenger, the longest-serving and most successful manager in Arsenal’s history, these in-depth stories of the characters – players, managers, chairmen – here paint a fascinating picture of how the club – indeed, the game of football itself – has developed from workers playing for fun to today’s multi-million-pound business.

Interview with author and feature for Islington Gazette

I’ve read lots of Arsenal histories but this was an enjoyable approach that told the story of the club via the lives of some of its most important players and staff. Nicely written and a good addition to any fan’s library.