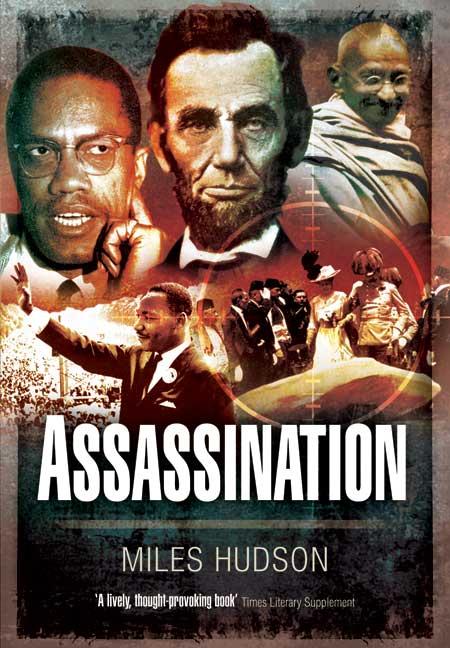 Click here for help on how to download our eBooks
Add to Basket
Add to Wishlist
You'll be £4.99 closer to your next £10.00 credit when you purchase Assassination. What's this?
Need a currency converter? Check XE.com for live rates

The assassination of political, religious and military leaders, often dictators, is frequently seen as the short cut to solving a particular problem. The author takes issue with this argument. Examining a series of linked assassinations together with their causes and effects, he seeks to demonstrate that in many cases the killings have produced unforeseen and unintended consequences that all too often result in the opposite result to that desired.

This is an absorbing, controversial and informative study.

Hudson's book is a readable, thought-provoking treatment of a difficult and controversial subject. Deftly sidestepping the conspiracy theories and emotion which often mar similar works, he has produced a worthwhile book on the subject.

The subject of assassination, though a fascinating one, seems to have received little critical attention. Of course, there are hundreds, if not thousands, of books on unravelling specific assassination "conspiracies". But a book on assassination through history, a book on the political meaning of assassination, is something that until now has been sorely lacking. Hudson takes issue with the commonly held belief that assassination is a short cut to solving a particular problem. He invokes the law of unintended consequences to show that things are rarely that simple. Grouping victims in subsets, he looks at Jesus, Thomas Becket and many others. Fascinating.

Miles Hudson went into politics after a military career. He was Political Secretary to Sir Alec Douglas Home at the Foreign Office and Director of the Conservative Group for Europe during the 1975 Referendum campaign. He lives near Basingstoke.