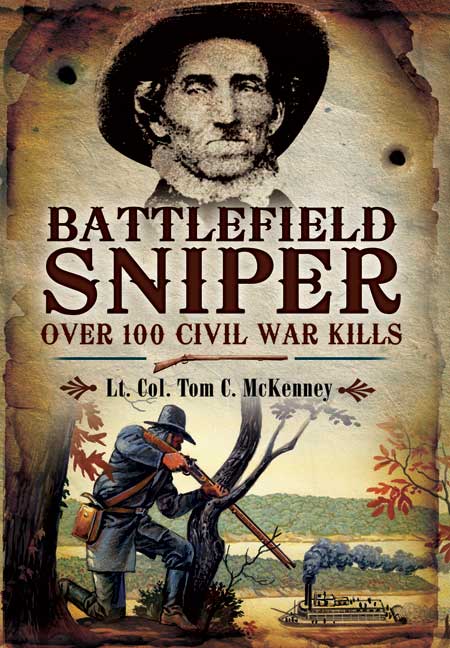 Add to Basket
Add to Wishlist
You'll be £25.00 closer to your next £10.00 credit when you purchase Battlefield Sniper. What's this?
+£4.50 UK Delivery or free UK delivery if order is over £35
(click here for international delivery rates)

Jack Hinson never planned to become a deadly sniper. A prosperous and influential Kentucky plantation owner in the 1850s, Hinson was devoted to raising his growing family and working his land. Yet by 1865, Hinson had likely killed more than one hundred men and had single-handedly taken down an armed Union transport in his one-man war against Grant's army and navy. By the end of the Civil War, the Union had committed infantry and cavalry from nine regiments and a specially equipped amphibious task force of marines to capture Hinson, who was by that time nearly sixty years old. They never caught him. Since then, the story of Jack Hinson has evaded astute historians, and until now, he has remained invisible in the history of sniper warfare.

John S. "Old Jack" Hinson watched the start of the Civil War with impartial disinterest. A friend of Ulysses S. Grant and Confederate officers alike, Hinson was opposed to secession, focused instead on his personal affairs. After a unit of Union occupation troops moved in on his land and summarily captured, executed, and placed the decapitated heads of his sons on his gateposts, however, Hinson abandoned his quiet life for one of revenge.

In this unprecedented and incredible biography, Lt. Col. Tom C. McKenney masterfully recounts Hinson's extraordinary feats as a lone Confederate sniper. Equipped with a rifle he had specially made for long-range accuracy, Hinson became a deadly gadfly to the occupying army. An exemplary piece of historical scholarship and the result of fifteen years of research, this definitive biography includes an amazing cast of characters including the Earp Brothers, Nathan Bedford Forrest, and Jesse James, the cousin of Hinson's wife. This breathtaking story was all but destroyed by the obliterating forces of history and is the only account in print chronicling this one man's impact on the Civil War.

This is a fresh look at an almost forgotten facet of Civil War history - a study of one of the South's deadliest guerrillas, as well as the family that motivated his actions.