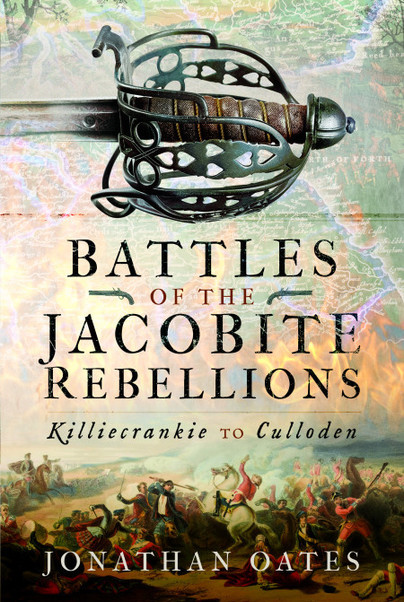 Battles of the Jacobite Rebellions (Kindle)

Click here for help on how to download our eBooks
Add to Basket
Add to Wishlist
You'll be £4.99 closer to your next £10.00 credit when you purchase Battles of the Jacobite Rebellions. What's this?
Need a currency converter? Check XE.com for live rates

After reading the Outlander series I wanted to get more detailed information about these battles that were grazed over in the series. I loved this book and I now understand so much more about what happened in these battles. I'm not usually a non fiction fan but I really enjoyed this book.

Oates manages to avoid any blatant bias - in fact I am still unsure as to where his loyalties lie, which is a reflection of the quality of his writing. I could go into reams on this book but I will only say that it should be on the bookshelf of anyone with an interest in the Jacobite cause and will be a real boon to wargamers as well as military historians. Additionally there is so much information within these pages that even if your interest is in other aspects of the English and British military of the era you will find a great deal of information here.

A most highly recommended book and a wonderful read.

The greatest takeaway is how Oates’ own astute analysis of the opposing forces and their leaders, strategy and tactics provides insights that create a big picture view of the protracted warfare.