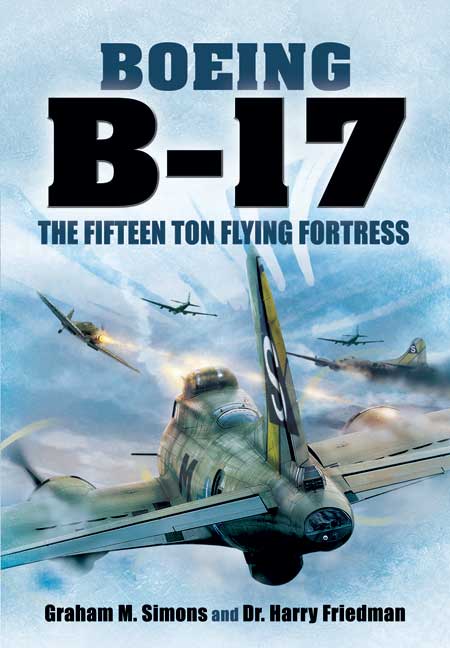 Click here for help on how to download our eBooks
Add to Basket
Add to Wishlist
You'll be £4.99 closer to your next £10.00 credit when you purchase Boeing B-17. What's this?
Need a currency converter? Check XE.com for live rates

The Boeing B-17 was the first American heavy bomber to see action in World War when it was supplied to the RAF. The design originated in 1934 when the US Air Corps was looking for a heavy bomber to reinforce their air forces in Hawaii, Panama and Alaska. For its time, the design included many advanced features and Boeing continued to develop the aircraft as experience of the demands of long distance flying at high altitude was gained. When the USA entered WWII production of the aircraft was rapidly increased and it became the backbone of the USAAF in all theatres of war. This book describes how it was built and utilizes many hitherto unpublished photographs from the design studio and production lines. It illustrates and explains the many different roles that the aircraft took as the war progressed. Heavy bomber, reconnaissance, anti-submarine and air-sea rescue operations there were few tasks that this solid design could not adopt

...a fascinating recap of the research and development of the bomber and all its subsystems and variants.