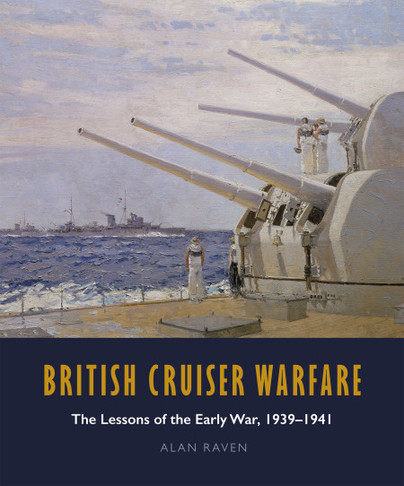 Add to Basket
Add to Wishlist
You'll be £35.00 closer to your next £10.00 credit when you purchase British Cruiser Warfare. What's this?
+£4.50 UK Delivery or free UK delivery if order is over £35
(click here for international delivery rates)

An excellent book, worth reading by anyone considering designing navies today, to fight tomorrows wars.

Overall, if you’re looking for a good book on the actions, big and small, performed by British cruisers in the first two years, plus knowledgeable essays on virtually all aspects of those actions, Raven’s British Cruiser Warfare will hit on all cylinders.