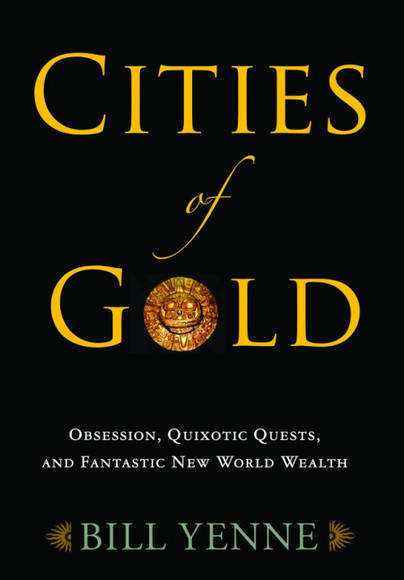 Preorder
Add to Wishlist
You'll be £10.49 closer to your next £10.00 credit when you purchase Cities of Gold. What's this?
+£4.50 UK Delivery or free UK delivery if order is over £35
(click here for international delivery rates)

For half a millennium, stories of vast treasures—El Dorado, Manoa, the Seven Cities of Cibola, the Lost Dutchman Mine—have been part of the lore of the Americas. When Spanish explorers first made contact with the Aztec and Inca civilizations, they found cultures that were literally dripping with gold. This evidence made it easy to believe the native stories of even greater wealth beyond the horizon. In these uncharted lands, dreamers sought their fortunes: Francisco de Coronado ranged over the North American plains in search of the elusive Quivira; Gonzalo Pizarro, brother of the Incan conqueror, and Lope Aguirre, the "Wrath of God," were both part of ill-fated expeditions in search of El Dorado; and Leonard Clark walked out of the Amazon after World War II with gold and claimed he had found that fabled kingdom. In Cities of Gold: Legendary Kingdoms, Quixotic Quests, and Fantastic New World Wealth, Bill Yenne takes the reader from the rainforests and mountains of Peru, Paraguay, Brazil, and Guiana to the deserts and peaks of Mexico and the United States to tell the extraordinary, and often brutal story of how the search for mysterious New World riches fueled the exploration of an unknown hemisphere. Even without finding the places they sought, during Spain’s “Siglo de Oro” in the sixteenth century, the Spanish plundered and mined thousands of tons of New World gold and silver and shipped it home where the reserves alone reached a staggering estimate of two trillion dollars. It was not just the Spanish who were obsessed with gold: Sir Walter Raleigh made two government-backed voyages in search of Manoa, a golden city he was convinced was deep in Guiana. Discussing the many expeditions to find New World wealth and lost cities over a 500-year timeline, the author includes stories of lesser-known explorers and soldiers of fortune and their successes and failures. As he demonstrates, the desire for adventure and the insatiable lust for treasure motivated men and women in the past and continues to captivate fortune hunters today.

BILL YENNE is author of many books, including Sitting Bull (Westholme, 2008) and Indian Wars: The Campaign for the American West (Westholme, 2005). He was also a consultant for the History Channel’s “Command Decision: The Battle of the Little Bighorn.”