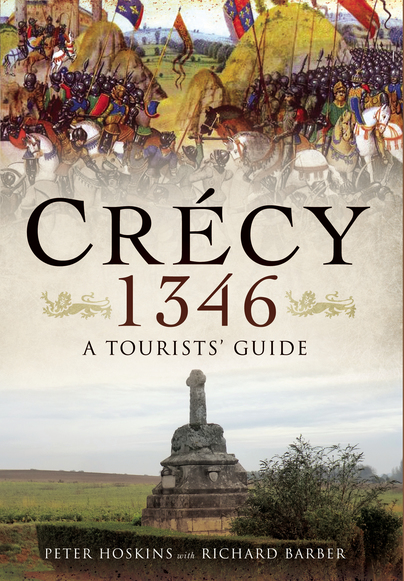 Click here for help on how to download our eBooks
Add to Basket
Add to Wishlist
You'll be £4.99 closer to your next £10.00 credit when you purchase Crecy 1346. What's this?
Need a currency converter? Check XE.com for live rates

On 26 August 1346, near the village of Crécy in northern France, Edward III’s outnumbered English army confronted the French forces of Philip VI and won one of the most remarkable battles of the Hundred Years War. Edward’s victory had a major impact on the course of the conflict, and it ranks alongside Poitiers and Agincourt as a landmark in the history of medieval warfare. And now, thanks to this detailed, highly illustrated guide, visitors can explore the battlefield for themselves and retrace the entire course of the Crécy campaign.

Peter Hoskins and Richard Barber set Edward’s victory within the context of the Hundred Years War and provide a graphic account of the battle. They include practical information to guide the motorist, cyclist and walker as well as descriptions of buildings, sites and monuments surviving from the period.