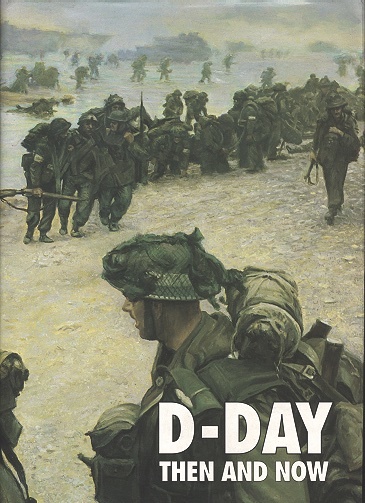 Click here for help on how to download our eBooks
Add to Basket
Add to Wishlist
You'll be £19.99 closer to your next £10.00 credit when you purchase D-Day Volume 2. What's this?
Need a currency converter? Check XE.com for live rates

‘People of Western Europe. A landing was made this morning on the coast of France . . .’

With these simple — yet memorable — words, General Eisenhower, the Supreme ­Commander, Allied Expeditionary Force, ­announced to the world on June 6, 1944 that the Allies had begun Operation ‘Overlord’ to liberate Europe.

Now, 50 years later, After the Battle ­presents the full story: from its inception, planning and preparation through to its launch on D-Day and the days that followed, as told by the commanders whose responsibility it was.

Many of the hundreds of ‘then and now’ photographs have been taken exactly 50 years later — sometimes to the precise
minute — from when the original events took place, creating a unique two-volume record of the greatest combined military, naval and air operation of all time.

Other titles in After the Battle...
eBook