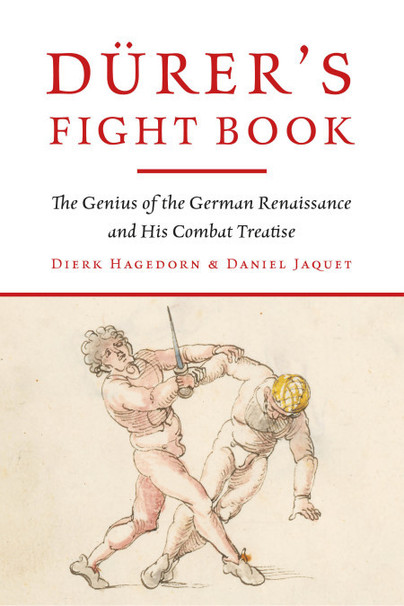 Add to Basket
Add to Wishlist
You'll be £30.00 closer to your next £10.00 credit when you purchase Dürer's Fight Book. What's this?
+£4.50 UK Delivery or free UK delivery if order is over £40
(click here for international delivery rates)


An interesting book indeed, especially if you are interested in the art of fighting or hand-to-hand combat. This book looks at the work of Albrecht Durer, a German artist who was obviously interested in the art of combat including fighting on horseback, wrestling and fencing. The book contains a copy of the original manuscript along with the English transcription along with a large collection of artistic drawings, which actually explain some of the writing very well. The attached ribbon bookmarks were excellent in that you could easily compare the drawings with the written definitions. All in all an interesting read and ideal for anyone interesting in hand-to-hand combat. Right, I’m off now to put my sons in their place in the garden with some German hand-to-hand combat.

A stunning book featuring a huge selection of Durer's illustrations.

Top marks for there being an inbuilt bookmark, this is really nice, and I feel a quality touch. In fact, I say built-in bookmark but it is actually a dual bookmark so you can place-mark where you are in the translation and the corresponding place in the original manuscript. – A lovely touch and one that shows someone has actually thought about the reader. – Other publishers please take note!

The book was enlightening not to mention, an educational read. It covered topics as diverse as wrestling and sword use, both on and off horseback; it even had a couple of words on the evocation of God for when you get into a fight.