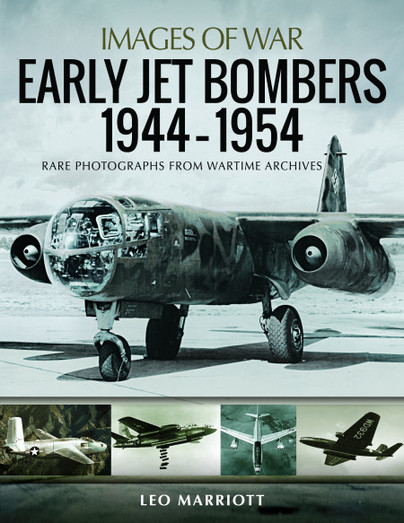 Click here for help on how to download our eBooks
Add to Basket
Add to Wishlist
You'll be £4.99 closer to your next £10.00 credit when you purchase Early Jet Bombers, 1944–1954. What's this?
Need a currency converter? Check XE.com for live rates

A brilliant reference for early jet bomber modellers. Although the images are in black and white, they are still very useful and fascinating. Same of the Russian bombers are enlightening and the French one’s… intriguing.

There are the usual subjects from Germany, Britain and USA and the information given along with the rare images are excellent.

Another beautiful edition to the Images of War series.

The strategic bomber, the result of an idea born between the two great world wars, lost its centrality in the aviation of the main powers of the Cold War with the introduction of long-range ballistic missiles. The plane that had to cross half the world and therefore had to have large dimensions, autonomy and armament, to be able to fly at high altitude and be difficult to intercept was slowly replaced by lighter and above all multirole bombers. However, some aircraft still remain operational from that era such as the immortal American B52 and many photos of planes and projects that are illustrated very well by Leo Marriott in this fantastic book.

This is a very useful title that contains many black and white illustrations. This book should appeal widely to aircraft scale modellers. Mainly because it contains so many period photographs that just could motivate you to try something completely different in terms of subject.

Not only have I never seen many of the images before, I didn’t even know some of the featured aircraft ever existed!