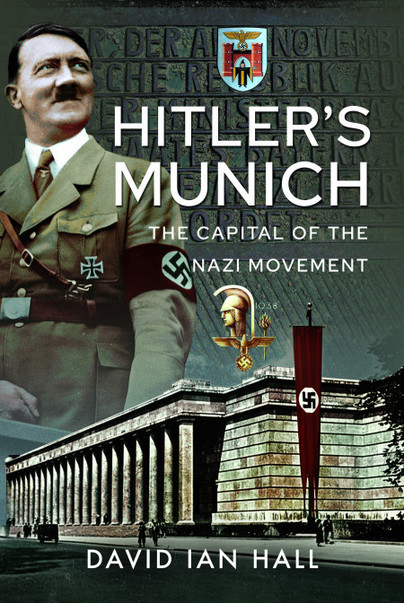 Click here for help on how to download our eBooks
Add to Basket
Add to Wishlist
You'll be £4.99 closer to your next £10.00 credit when you purchase Hitler's Munich. What's this?
Need a currency converter? Check XE.com for live rates

EDITOR'S CHOICE
This book takes you through both the people and places of Munich, but also the history of the politics of the time. By placing it all in a time and place context, you can appreciate the conditions that allowed the far right to eventually seize power.

The Bavarian city of Munich has a long and distinguished history as one of Europe's great cultural centres, but in the aftermath of the First World War it became a crucible for extreme right wing thought, as it was here that the Nazi Party was formed and where Adolf Hitler first entered politics, developing his considerable oratorical skills and quickly establishing a reputation as a venomously charismatic speaker. In 1923 it was also the scene of the failed Beer Hall Putsch, and shortly after the Nazis took power they transformed Munich into their spiritual home, with those killed in the attempt being all but deified with monumental buildings to commemorate their sacrifice as though they were legendary heroes of antiquity. David Ian Hall brilliantly describes the origins and rise of Nazism through the prism of Munich, exploring how each was shaped by the other, and how the violent and chaotic beginnings of their ideology was gradually transformed into a sinister cult.

This book was successful in not being just another rehash of boring facts about Hitler. I was beginning to feel like once you've read one Hitler book you have read them all, but thankfully reading this work made it all feel fresh again.

I really liked that this book had a lot to do with culture and time and place rather than just being another book about how the Second World War began. The author made this interesting and easy to read. There was never a time when I felt it was dry and boring and I found myself looking forward to getting back to reading it rather than wondering how much longer I had to endure it.

David Ian Hall has a way of explaining things that makes sense to the average reader without making you feel as if you are being talked down to. I appreciated that. This would be a great book for anyone with an interest in the era and how things developed into the relatively well-known story we have come to understand post WWII.

I recommend this book to everyone who enjoys history and culture.