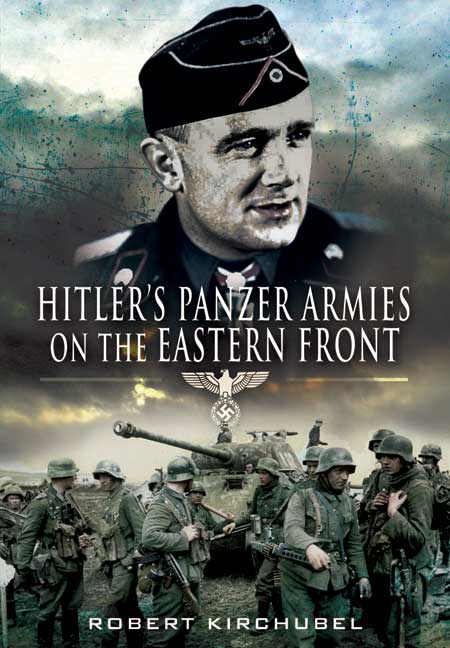 Click here for help on how to download our eBooks
Add to Basket
Add to Wishlist
You'll be £4.99 closer to your next £10.00 credit when you purchase Hitler's Panzer Armies on the Eastern Front. What's this?
Need a currency converter? Check XE.com for live rates

Hitler's panzer armies spearheaded the blitzkrieg on the Eastern Front. They played a key role in every major campaign, not simply as tactical tools but also as operational weapons that shaped strategy. Their extraordinary triumphs and their eventual defeat mirrors the fate of German forces in the East. And yet no previous study has concentrated on the history of these elite formations in the bitter struggle against the Soviet Union. Robert Kirchubel's absorbing and meticulously researched account of the operational history of the panzer armies fills this gap in the literature. And it gives a graphic insight into the organization, tactics, fighting methods and morale of the Wehrmacht at the height of its powers and as it struggled to defend the Reich.

Using German sources, including many first-hand accounts seen for the first time in English, the author reconstructs the operations of the panzer armies from the launch of Operation Barbarossa in 1941 to the German collapse in May 1945. He follows each army and its men through the series of massive offensives and counteroffensives that swung across a vast front that stretched from the Baltic in the north to the Caucasus in the south. Their far-reaching campaigns included the ill-fated assault on Moscow, anti-partisan operations in the Balkans and the defence of Germany¹s Fatherland. His study is a valuable addition to the history of the Nazi-Soviet conflict and to understanding the part played by armoured formations in the world war as a whole. It is absorbing reading.

'This is a very useful piece of work and a valuable contribution to the literature on the Eastern Front.'