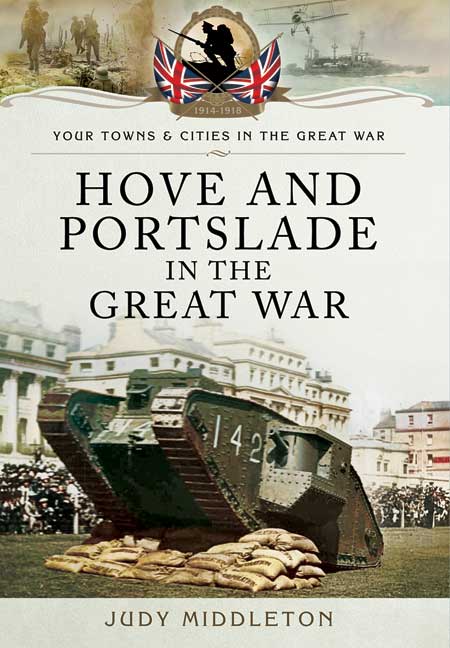 Hove and Portslade in the Great War (Kindle)

Click here for help on how to download our eBooks
Add to Basket
Add to Wishlist
You'll be £4.99 closer to your next £10.00 credit when you purchase Hove and Portslade in the Great War. What's this?
Need a currency converter? Check XE.com for live rates

How the experience of war impacted on the town, from the initial enthusiasm for sorting out the German kaiser in time for Christmas 1914, to the gradual realization of the enormity of human sacrifice the families of Hove and Portslade were committed to as the war stretched out over the next four years. A record of the growing disillusion of the people, their tragedies and hardships and a determination to see it through.

As featured on Radio Reverb.

Contains a lot of hitherto unknown information about Hove and Portslade in the Great War.

If you have ever wondered how the Great War affected your local area, then this...is for you. Drawing largely on the Great War Archive at Hove Library, Judy Middleton has compiled a fascinating insight into the experiences of local men who served in the war and their families.

An excellent title, in a growing series which shows much promise.

Judy Middleton worked at Hove Library for over thirty years. She became interested in local history in the 1970s and published her first book in 1979. Since then there have been another fifteen books plus a 15-volume encyclopaedia of Hove and Portslade.