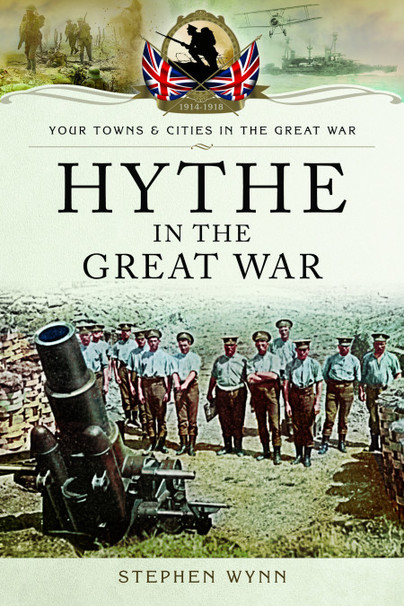 Hythe in the Great War (Kindle)

Click here for help on how to download our eBooks
Add to Basket
Add to Wishlist
You'll be £4.99 closer to your next £10.00 credit when you purchase Hythe in the Great War. What's this?
Need a currency converter? Check XE.com for live rates

Hythe in the Great War looks at the military aspect of the war from the town’s perspective, including how many men from the town became casualties and the knock on effect this had on their families. The author closely examines those mentioned on the town’s war memorial and, where relevant, their families as well, as many had more than one son go off to fight in the war. The book considers the role Hythe played in the war, such as that of the British Army’s School of Musketry, and the number of men who were trained there before being sent off to fight at the front.

On 25 May 1917, twenty-three German Gotha bomber aircraft carried out raids over numerous Kent towns, including Hythe, where a total of nineteen bombs were dropped. This action brought the war directly to the town’s people, as they continued trying to go about their day-to-day existence in whatever constituted ‘normality’ during wartime.