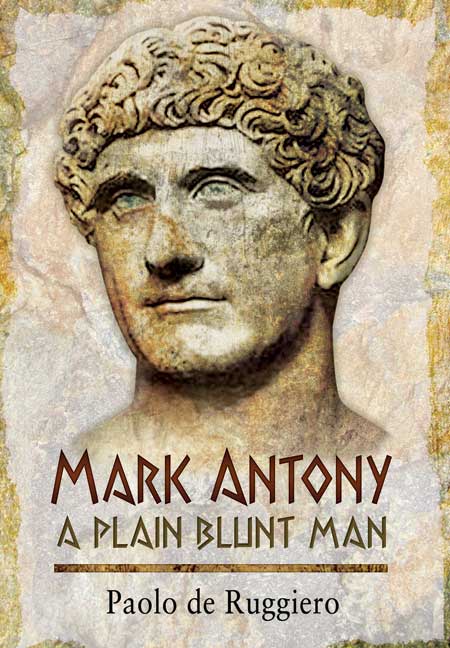 Click here for help on how to download our eBooks
Add to Basket
Add to Wishlist
You'll be £4.99 closer to your next £10.00 credit when you purchase Mark Antony: A Plain Blunt Man. What's this?
Need a currency converter? Check XE.com for live rates

Mark Antony was embroiled in the tumultuous events of the mid-1st century BC, which saw the violent transformation from the Roman Republic to the Roman Empire. After being defeated by Augustus he has often been characterized by hostile historians as a loyal henchman of his uncle Julius Caesar but without the guile and vision to attain greatness in his own right (hence Shakespeare casts him as a 'plain, blunt man' whom Caesar's assassins don't think it worthwhile to kill). In his infamous alliance and love affair with Cleopatra of Egypt he is also often seen as duped and manipulated by a sharper mind.

Despite this there is no doubt Antony was a capable soldier. He first saw action leading a cavalry unit in Judaea, before giving valuable service to Julius Caesar in Gaul. He again served with distinction and led Caesar's right wing at the climactic battle of Pharsalus, and he was decisive in the defeat of the conspirators at Philippi which ended 100 years of Civil wars. But Paolo de Ruggiero re-assesses this pivotal figure, analyses the arguments of his many detractors, and concludes that he was much more than a simple soldier, revealing a more complex and significant man, and a decisive agent of change with a precise political vision for the Roman world.

Mark Antony, much like many others, lived too long. He has had many books written about him and his last wife, but it is always about Antony the loser. The Gods have not been kind to Mark Antony. The winner always writes the history. So Antony is shown as a love-besotted fool, incapable of anything but obeying Cleopatra. The author is to be commended; he tries to set the historical record straight.

A readable biography of an important figure.

Detailed, scholarly and meticulously researched from first sources. It is not only a convincing story, but a highly entertaining read for non-academic readers who may only have considered Mark Antony through the prism of Shakespeare, or the Augustan stories that have had a remarkable durability through the centuries. Mark Antony's reputation may be considered rescued.

The author has provided a very readable review of Mark Antony, based on careful research. He shows Mark Antony as a pivotal figure with a precise political vision for the Roman world and places him in a fresh perspective.

Paolo De Ruggiero was born in Rome to a family of historians, philosophers, and other academics, among which count the famous Renzo De Felice and Guido de Ruggiero. He has grown up amidst intellectual circles and has been passionate about Roman history all his life. He received a BS in Economics from the University of Rome in 1983 and an MBA from Purdue University in 1990. In the course of his 20 year career as business executive with blue chip multi-national corporations, he has lived in several European countries, China, and the United States of America. Married with two children, he now lives in the suburbs of Paris with his family and three large dogs. He is a wine collector, and an Opera lover.