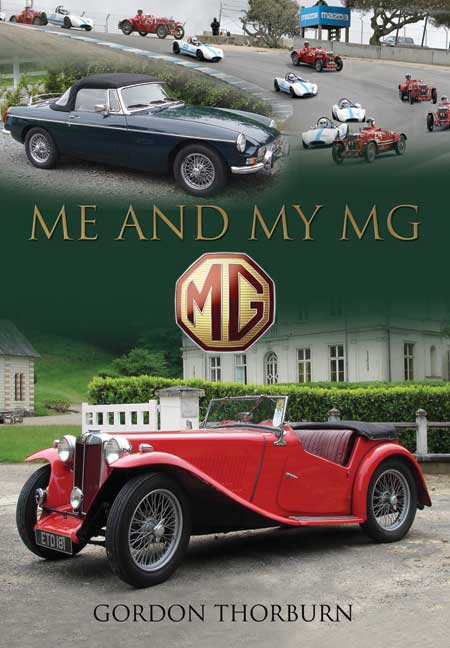 Me and My MG (Kindle)

Stories from MG Owners Around the World

Click here for help on how to download our eBooks
Add to Basket
Add to Wishlist
You'll be £4.99 closer to your next £10.00 credit when you purchase Me and My MG. What's this?
Need a currency converter? Check XE.com for live rates

Read about the Berkshire restorer who saw a heap of old iron in the bushes and realised it used to be a 1926 bullnose Super Sports, and the seven year old boy in Norfolk, Virginia, who read a book called The Red Car and knew that, one day, he would have to have a TC, and the Dutch boy who saw an MGB on his way to school and knew something similar.
There's the French boy aged nine whose nanan gave him a model kit to assemble, and the USAF fighter pilot who saw his first MG in Britain during the war and was in love for ever. A Canadian took 32 years to restore his TA, while a Swiss professor installed space-ship electronics in his TD. An aeronautical engineer was left some money and bought a 1929 18/80 Tourer that he thought had been restored. An Australian 17-year old happened across a second-hand MGB, was done for speeding and lived happily ever after. A Swedish boy walked out one Sunday morning into the middle of an MG rally.
Each of these, and many more, has a story. All the stories are different, but the story tellers have something in common. They would all rather love - and sometimes despair of - a wonderful vehicle with faults in its character, than have no feelings about one that has no character at all.

So, be it a small boy who graduated from assembling plastic kits to a lasting love for the full-size MGs, or a father and son bonding over their respective MGs, and mortgaging the house or postponing marriage in order to buy that MG, there’s a little bit of everything.

I found this an interesting book to read, especially where accounts of old MGs discovered in near-forgotten hideaways are retrieved, and returned to the road once again. The fact that some of the popular MGs of more recent times aren't represented is a minor point only, as the book does not set out to cover every model produced under the MG name. All in all a good read.

A loving look at one of Britain's most iconic motors - brilliant photographs interspersed with personal reminiscences and memories - a book to be treasured.