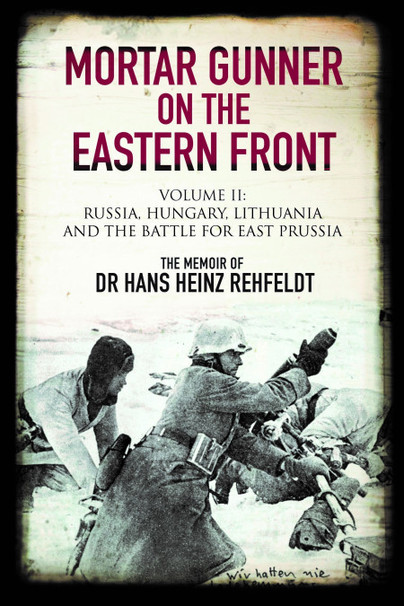 Add to Basket
Add to Wishlist
You'll be £20.00 closer to your next £10.00 credit when you purchase Mortar Gunner on the Eastern Front. What's this?
+£4.50 UK Delivery or free UK delivery if order is over £40
(click here for international delivery rates)

The second part of Hans Rehfeldt's magnificent diary of the war in Russia with the elite Grossdeutschland Division, as told from the rare perspective of a mortar team. It begins in the aftermath of the defeat at Kursk and follows the innumerable hard fought actions in which the Division was involved as it steadily retreated out of Russia, through Romania and Hungary before concluding the war in Lithuania and Germany. It is remarkable that both Rehfeldt and his illegally kept diary emerged intact, though not unscathed as he was wounded during the final stages, but managed to avoid Soviet captivity to surrender to the Americans. It is a superb narrative which provides an enormous wealth of detail about the life of a typical front line soldier, and as with the first volume it contains many photographs from Rehfeldt's personal collection, as well as maps, newspaper clippings, and numerous examples of propaganda leaflets deposited on both sides of the line.