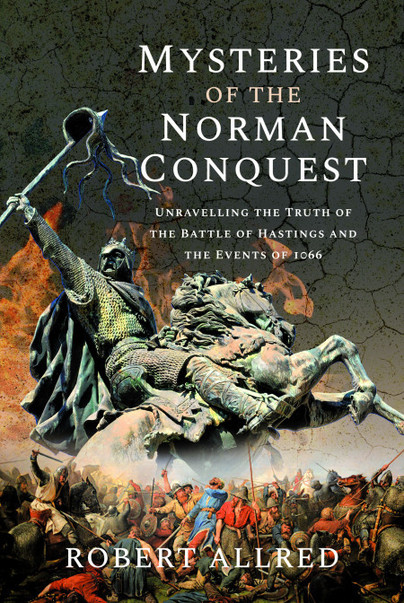 Mysteries of the Norman Conquest (Hardback)

Add to Basket
Add to Wishlist
You'll be £25.00 closer to your next £10.00 credit when you purchase Mysteries of the Norman Conquest. What's this?
+£4.50 UK Delivery or free UK delivery if order is over £40
(click here for international delivery rates)

Recent challenges to the traditional site of the Battle of Hastings have led to a surge of interest in the events surrounding England’s most famous battle. This, in turn, has increased speculation that the titanic struggle for the English crown in 1066 did not take place on the slopes of what is today Battle Abbey, with a number of highly plausible alternative locations being proposed. The time had clearly come to evaluate all these suggestions, and Robert Allred decided to take on that task.

Taking nothing for granted, Robert hiked round the sites of the three battles of 1066 – Fulford, Stamford Bridge and Hastings. Armed with the medieval sources and much of the current literature, he set out to appraise the evidence and to draw his own unbiased conclusions.

Following in the footsteps of the Viking warriors of Harald Hardrada, the knights of William of Normandy and the Anglo-Saxon soldiers of King Harold, the reader is taken on a journey from Yorkshire to the South Coast and down through the ages to re-examine what has been written about that momentous year – the intrigues, preparations and manoeuvres – which culminated on 14 October 1066, on a bloody hill somewhere in Sussex.

Whether this will settle the debate over the site of the Battle of Hastings or prompt further investigations remains to be seen, but it will be a book which cannot be ignored and which the reader will be unable to put down!

I was fascinated reading the author's presentation of both the primary historical sources on the Norman incursions into England and events of the period which have been muddled or partially lost to the passage of time. The author begins with a helpful recap of the undisputed events of the period, and on to the salient battles (Fulford, Stamford Bridge, and finally Hastings). He also examines the composition of the warring forces, their technology, and the relevant physical terrain, then and now.

It's annotated well throughout, and the chapter notes and bibliography will give rich scope for further reading for keen students of the period. Probably the highlight for me was the author's riveting (really!) discussion of the Bayeux Tapestry and its inception and known history. I'm a keen embroiderer (it's not a tapestry, as most people know by now) and reading about the work and the history and disposition of the piece, as well as the missing/lost panel of William's coronation, was fascinating. The sheer scope of the tapestry has always amazed me and although not lavishly illustrated, the text was fascinating.

ROBERT ALLRED studied at the University of California, at Berkeley, and undertook a ‘study abroad’ summer session. This included attending courses on the history and landscapes of southern England, at the University of Sussex. Robert resides in the San Francisco Bay Area and spends his leisure time on his California ranch. 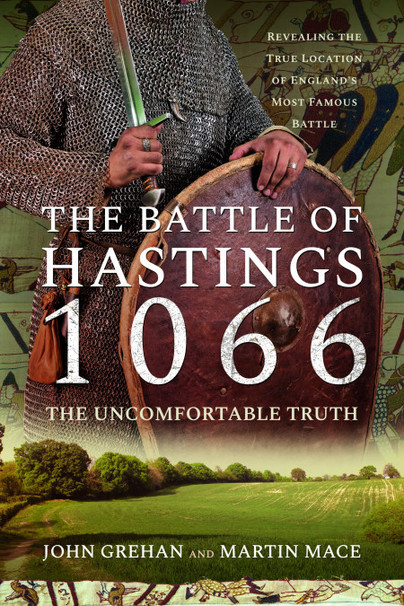 The Battle of Hastings is the most defining event in English history. As such, its every detail has been analysed by scholars and interpreted by historians. Yet one of the most fundamental aspect of the battle the place upon which it was fought has never been seriously questioned, until now. Could it really be the case that for almost 1,000 years everyone has been studying the wrong location? In this in-depth study, the authors examine the early sources and the modern interpretations to unravel the compulsive evidence that historians have chosen to ignore because it does not fit the traditional…

Click here to buy both titles for £39.99
Customers who bought this title also bought...
New Release