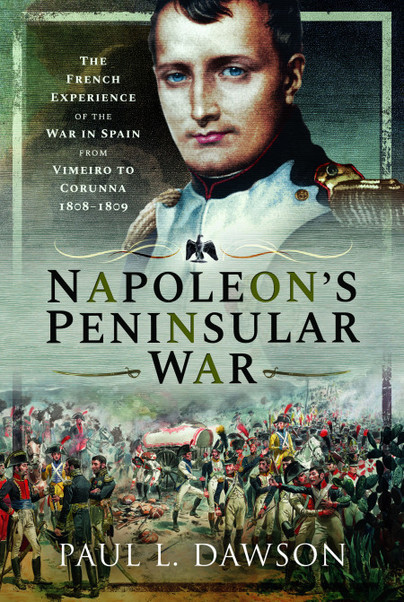 Click here for help on how to download our eBooks
Add to Basket
Add to Wishlist
You'll be £4.99 closer to your next £10.00 credit when you purchase Napoleon's Peninsular War. What's this?
Need a currency converter? Check XE.com for live rates

A welcome account, from the French perspective, of the Peninsular War, 1808-1809. Excellent research and presentation of the campaigns using material from French Army archives – Most Highly Recommended

This book provides an insight into political turmoil in Spain and the ravages of war being inflicted on the population. It’s a fascinating read, if at times a little dry, it’s definitely not a book for the faint hearted. As I said earlier it won’t appeal to the average wargamer, but those who really like to dive deep into a period they’re gaming in. Is it worth picking up, the short answer is yes and no, it really depends on how deep you want to go with your background reading? Is it a good book, that answer is a definite yes, it’s well written and extremely well researched? It’s just one of those books that won’t appeal to everyone but to those it does, it’s definitely a book that should be on your shelf.

As well as portraying the drama of the great battles and the ever-present fear of Spanish guerrillas, Dawson draws on the writings of the French soldiers to examine the ordinary conscript’s belief in the war they were fighting for their emperor. This study of the Peninsular War from the French perspective is an important addition to our understanding of the war in Iberia.