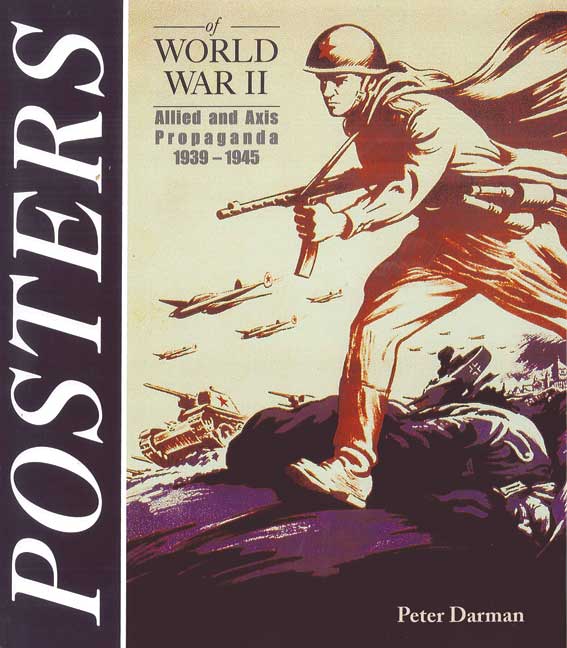 Posters of World War II is a study of the war poster as a phenomenon. It considers that they were often excellent and beautiful pieces of artwork as much as they were tools for imparting information. Never before has such a comprehensive collection of World War II posters and authoritative text been combined. Posters of World War II gives the reader a full-page image, which is then explained in full on the opposite page. The text details the facts about the poster, where possible profiling the artist, explains the significance of its message and considers its impact in the context of the war. The book considers the changing nature of posters as the war developed, giving an insight into the thoughts and fears of the officials tasked with producing the propaganda. Posters of World War II is a study of posters from the artistic angle, an insight into the psychology of poster production during the war, and the overall importance of posters in the conflict.

During WW2 the use of Propaganda by both sides was a significant part of the war effort, posters were everywhere with messages of patriotic duty, recruitmen, ,national security and in some cases, calls of paranoia and hatred of the enemy.
It would have been difficult during that period for ordinary citizens to ignore them.
Some of these posters have even become iconic images in their own right and we still see them in some revised form used as advertising or appreciated as artwork today.
This superbly illustrated book features over 200 posters, beautifully reproduced in full colour.
Each poster is accompanied by a detailed explanation and in the case of the Axis posters a translation of the text.
Some of the posters the reader will be very familiar with,others will be new, but in all cases the creative talents of such names as Norman Rockwell in the US and in Britain Tom Eckersley and Cyril Kenneth Bird(Fougasse) will be instantly recognized.

This book is a high quality and wonderfully produced and researched book, the illustrations are beautifully reproduced, WW2 Connection recommend this book highly and it is a welcome addition to anyones WW2 book shelf.