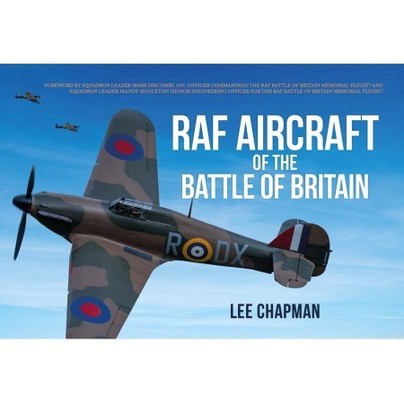 RAF Aircraft of the Battle of Britain (Paperback)

Add to Basket
Add to Wishlist
You'll be £14.39 closer to your next £10.00 credit when you purchase RAF Aircraft of the Battle of Britain. What's this?
+£4.50 UK Delivery or free UK delivery if order is over £35
(click here for international delivery rates)

The Battle of Britain is widely considered to be Britain’s finest hour. The ‘Few’ who so bravely fought to save the nation will not be forgotten, nor will they be around forever to recount the heroism of the summer of 1940 first-hand. In contrast, the number of restored and preserved aircraft in our museums and skies is at an all-time high. Authentic warbirds have never been better cared for and formations of 15 or more Spitfires and half a dozen Hurricanes are not unheard of at UK air shows. It is now left to the sights and sounds of these surviving aircraft to remind us of the sacrifices, daring and bravery of those who saved Britain from imminent invasion in 1940. This book features a brief history of all the front-line RAF fighter aircraft that were involved in the famous battle and explores some of the major training and support aeroplanes that contributed to the iconic events. The story is told using over 160 photographs of surviving and restored aircraft in the air, on the ground and in unique formations together.