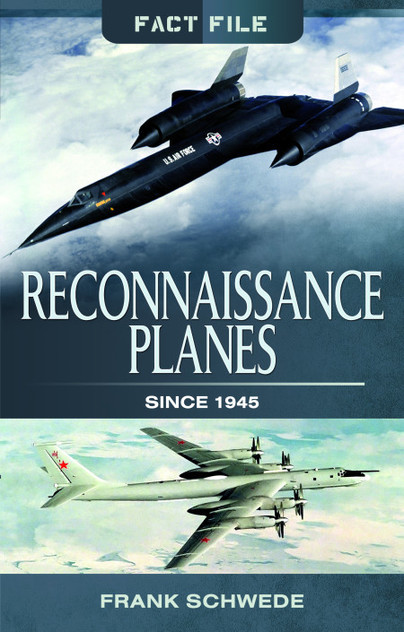 Click here for help on how to download our eBooks
Add to Basket
Add to Wishlist
You'll be £4.99 closer to your next £10.00 credit when you purchase Reconnaissance Planes Since 1945. What's this?
Need a currency converter? Check XE.com for live rates

Reconnaissance aircraft have always been the spearhead of the various air forces, helping to provide the basis for any further military operations. At the time of the Cold War and before the satellite era, the use of reconnaissance aircraft reached its zenith, as the warring nations were determined to know what was happening on the other side. Consequently, powerful aircraft emerged during this time, especially in terms of deployment altitude, speed and flight time; achievements which have been largely unrecognised until now.

This book’s strength is the photos. There are, on average, four photos per type. Most are in color, and they are very well reproduced on high-quality paper.

Reconnaissance Planes is the first in a new Fact File series from Pen & Sword intended to provide fundamental knowledge on various types of aircraft.
A good outline of the aircraft used, and a great starting point for anyone who wishes to delve more deeply into the world of reconnaissance aircraft.

This handy reference work brings the reader up-to date on the latest developments within the secretive world of intelligence-gathering aircraft.