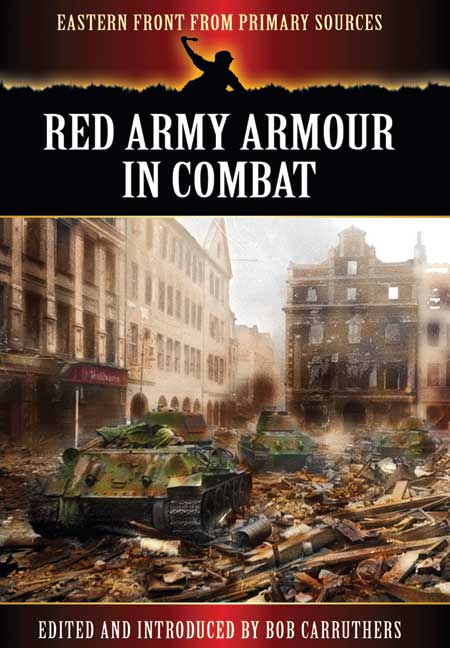 Add to Basket
Add to Wishlist
You'll be £9.99 closer to your next £10.00 credit when you purchase Red Army Armour in Combat. What's this?
+£4.50 UK Delivery or free UK delivery if order is over £35
(click here for international delivery rates)

This fascinating collection of primary source accounts focuses on the combat actions of Red Army tank forces in World War II. The material is drawn from a variety of wartime sources and
post-war debriefs concerning Russian armour and tactics.

The first year of the war saw the Russians suffering heavy losses in desperate attempts to stem the German tide which threatened to engulf them while simultaneously carrying through fundamental changes in their armored
tactics and equipment, but by 1943 the Germans were on the back foot against the seemingly never-ending supply of T-34 tanks and personnel.

Compiled and edited by Emmy Award winning author and historian Bob Carruthers, this absorbing assembly of primary source intelligence reports is essential for readers with an interest in discovering more about Red Army amour from a range of unusual and diverse primary sources.