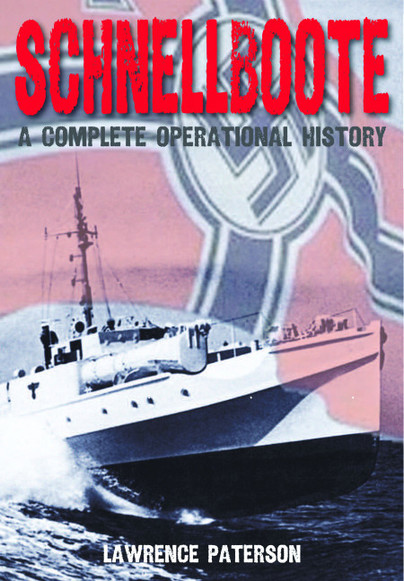 Add to Basket
Add to Wishlist
You'll be £14.99 closer to your next £10.00 credit when you purchase Schnellboote. What's this?
+£4.50 UK Delivery or free UK delivery if order is over £35
(click here for international delivery rates)

The Kriegsmarine's Schnellboote fast attack boats, or E-boats to the Allies, were the primary German naval attack units in coastal waters throughout the Second World War. Operating close to their various bases they became a devastatingly effective weapon in nearly all the Kriegsmarine's theatres of war, from the Baltic to the Mediterranean and the Black Sea. It was in the English Channel, however, that they scored their most notable successes, destroying some forty warships and more than one hundred merchant ships. In addition to interception and attack, they were also used for minelaying, landing sabotage troops and general escort duties.

There had been, until this book was published, no comprehensive operational history of the S-boat service in all the theatres in which it saw service, but due to the relatively small number of units it is possible to recount the duties and fates of each individual craft and in this book the author examines the career of each in detail. In addition, operations alongside the commando units of the Kleinkampfverbande are covered. As the war progressed, S-boats suffered from the increased Allied mastery of the seas and skies but they were a formidable foe right to the end; this fine book was the first to do full justice to their record of success, and remains the foremost work on their operational history.

'The history of naval warfare in the Second World War is a well-worn path, and it is refreshing to encounter a work that is significant and adds to our understanding. This is quite simply an outstanding book.' The Mariner's Mirror