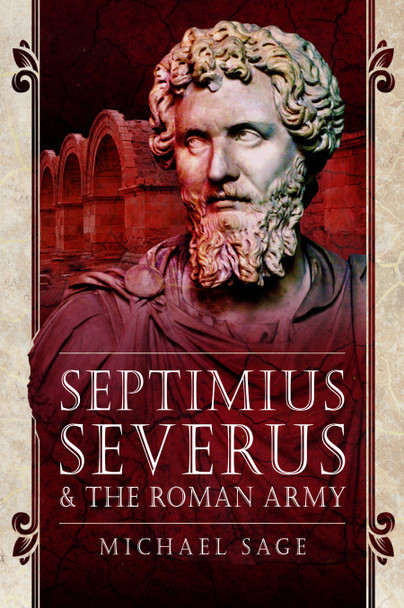 Add to Basket
Add to Wishlist
You'll be £11.99 closer to your next £10.00 credit when you purchase Septimius Severus and the Roman Army. What's this?
+£4.50 UK Delivery or free UK delivery if order is over £35
(click here for international delivery rates)

This is the interesting Biography of a cany Military man but an even more impressive politician who stabilized the Empire after the Year of the Five Emperors and founded a Dynasty that would span forty years.

Roman history is a mystery to me. I actually felt I understood the hows and whys of change in the Roman Republic after reading this book. The Roman Army is needed to back up a Caesar and during times of stress or family quarrels that army can decide who rules Rome and who doesnt . Also the senate is discussed and the realities of their importance and influence on Rome are given, The period of time Mr Sage has written about was not a period I thought was important until reading this book! The whole future of the Roman Empire is affected by the decisions of the leaders and this book tells the tale of brilliant leadership and greed.

An interesting read. I like history and when I saw this title, I was very intrigued. Upon reading it, it held my interest and kept me reading until I finished it in one sitting.