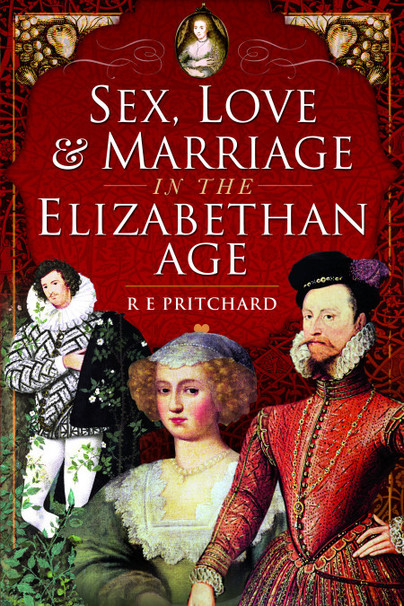 Sex, Love and Marriage in the Elizabethan Age (Paperback)

Preorder
Add to Wishlist
You'll be £11.99 closer to your next £10.00 credit when you purchase Sex, Love and Marriage in the Elizabethan Age. What's this?
+£4.50 UK Delivery or free UK delivery if order is over £35
(click here for international delivery rates)

Most people have always been interested in sex, love and marriage. Now, this entertaining and informative book explores the surprisingly varied and energetic sex and love lives of the women and men of Queen Elizabeth's England. A range of writers, from the famous, such as Shakespeare, John Donne and Ben Jonson, and lesser-known figures popular in their time, provide, in their witty stories, poems and plays, vivid pictures of Elizabethan sexual attitudes and experiences, while sober reports from the church courts tell of seductions, adulteries and rapes. Here we also encounter private journals and scenes from ordinary marriages, with complaints of women's fashions, bossy wives and domineering husbands. Besides this, there are accounts of the busy whores of London brothels, homosexual activity and the Court's amorous carousel of predatory aristocrats, promiscuous ladies and hopeful maids of honour. We conclude with the frustrations of The Virgin Queen herself.

This lively review of Elizabethan sexuality, in its various forms, much of it brought together for the first time, should intrigue and amuse anyone with an interest in history, and how love used to be lived, 'in good Queen Bess's golden days'.

I enjoyed this book - it gave an extra level of information about attitudes to sex and marriage into the late 1500s and into the early 1600s. I was grateful for the primary sources which were quoted, sometimes at length - and liked how the author drew on different types of evidence - how lucky we are that we have a doctor's diary left from the age!


I have a passion for history and in particular the Tudor age so was thrilled to be able to read this and it certainly did not disappoint.

Including information from original sources, this was an exceptional read.

This was a wide reaching overview of the time and I found it fascinating.

If you want a unique look at love and marriage in the late Tudor dynasty, you should give, “Sex, Love, and Marriage in the Elizabethan Age” by R.E. Pritchard a try.

I really enjoyed this book, it was a real eye opener! Well researched, quirky and easy to read. I shall use this a a reference book whenever I read novels set in this time, as it is my favourite era.

This delightful book covers every aspects of the English social life & customs around love and relationships during the second part of the 16th century with lots of delicious details & plenty of wit. From courtship to engagement, from marriage to childbirth from divorce to adultery the author give us a panoramic view of the emotions of the Virgin Queen's subjects. All the aspects of human love and its consequences are artfuly dissected in this wonderful book from the nitty gritty emotions of ordinary daily life to its many representations in literature & popular culture. A very sophisticated overview of the human heart and its emotions under the most sophisticated Tudor monarch, Queen Bess.

Elizabethan life, literature and history is intriguing and we often wonder how people lived in other times, what drove them, what delighted them, their differences and similarities to us now, what their love lives were like. This book offers us even more glimpses into the private (and not so private) lives of all classes from the poor to royalty. We are, after all, human beings.

Along with other informational details the author includes the meanings of "halek" and "occupy", the marrying ages of both women and men, the role of politics, the reasons for marriage which often excluded love in all classes, the prevalence of syphilis (the "pox"), dowries, short lifespans which meant a high prevalence of sexual crimes, church views, propriety vs. impropriety, those blighted due to connections, seasonality of reproduction in the poor class and the hands-off approach of the upper class in raising children. Many examples were given including known and lesser known people. Important writers of the day such as Shakespeare often wrote about sex and love, subtly sometimes and less than subtle at others. You will read some of his quotes.

Wives were "kept in order" by their husbands and often all that mattered was having heirs. There were tomboys, there were plenty of affairs (always the woman's fault in adultery and other things). Fashion, believe it or not, also factors.

The illustrations at the back are useful. I had no idea that a sieve signified virginity in portraits of Queen Elizabeth! This is what is immensely enjoyable about such books...they teach and enlighten. History lovers should read this witty book. You are bound to get a lot out of it.

A great reference full of interesting facts that made me want to read more. I found it hard to put down and finished in a weekend.