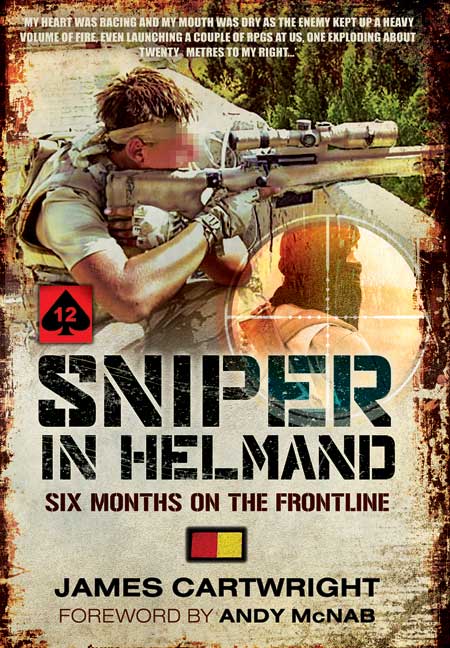 Add to Basket
You'll be £8.99 closer to your next £10.00 credit when you purchase Sniper in Helmand. What's this?
+£4 UK Delivery or free UK delivery if order is over £30
(click here for international delivery rates)

James describes the highs and lows of almost daily front line action experienced by our soldiers deployed on active service in arguably the most dangerous area of the world. As part of the Battle Groups crack Mobile Operations Group, Jamess mission was to liquidate as many Taliban as possible. The reader experiences sniper tactics and actions, whether in ambush or quick pre-planned strikes, amid the ever present lethal danger of IEDs.

His book, the first to written by a trained sniper in Afghanistan, reveals the psychological pressures and awesome life-and-death responsibility of his role and, in particular, the deadly cat-and-mouse games with the enemy snipers intent on their own kills. These involved the clinical killing of targets at ranges of 1,000 metres or greater. Sniper in Helmand is a thrilling action-packed, yet very human, account of both front line service in the intense Afghanistan war and first-hand sniper action. Andy McNab inspired James to join the army and has written a moving foreword.