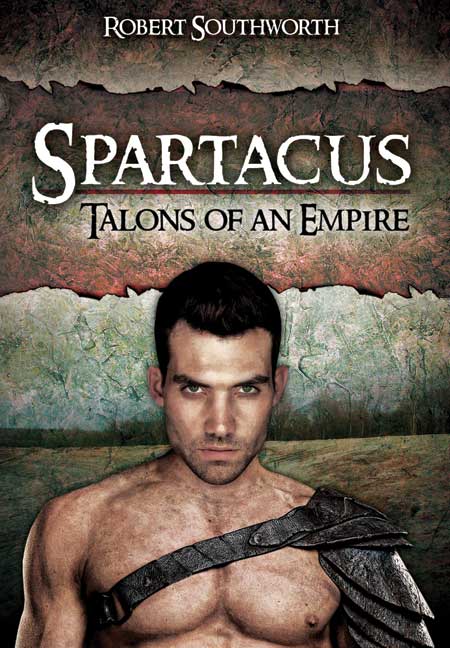 Spartacus: Talons of an Empire (Paperback)

Add to Basket
Add to Wishlist
You'll be £8.99 closer to your next £10.00 credit when you purchase Spartacus: Talons of an Empire. What's this?
+£4.50 UK Delivery or free UK delivery if order is over £35
(click here for international delivery rates)

This enthralling piece of work by first-time novelist Robert Southworth explores the avenue history could have run down if Spartacus had survived the slave rebellion in 73BC, an uprising whose aftermath didn't deliver the remains of the famous slave leader. The brute force of this famous figure of Roman history is relayed in vivid prose, and the events of the period re-imagined from a fictional perspective. The work is sure to appeal to fans of Roman history, as well as those enamoured by stories of action and adventure. Whilst the figure of Spartacus continues to hold massive appeal for contemporary audiences, this work will be well placed upon the market for hungry fans of the genre.

This slim novel is a new addition to the already crowded Roman history genre, and Robert Southworth’s is a new voice. Its premise is that Spartacus survived the slave rebellion of 73 BC and went on to have further thrilling adventures in the Roman Empire.

The novel includes a handful of real historical characters such as Marcus Lucinius Crassus and Gnaeus Pompeius Magnus (better known as Pompey), but the majority of the other characters are fictional. This tale involves Spartacus going into partnership with Cassian Antonius, an aristocrat and fixer whom we gradually learn more about as the action progresses. There are plenty of scenes of violence and gore, as you would expect, but these are never done gratuitously but rather with a measure of restraint and functionality that render them more effective. Other colourful characters make their entrances and sometimes swift exits in high gladiatorial drama.

The book is a historical fiction story based on the life that Spartacus could have lead after the crushing of the slave army.
Crammed with action and adventure it is the author’s own interpretation of how the gladiator would have been if he had survived the slave rebellion.
He first started jotting plot ideas down around ten years ago but it wasn’t until he was made redundant two years ago that he decided to make his dream a reality.

The author said “ There is not much known about the tale of Spartacus, he is a famous figure of Roman history but there are few facts about him, but I am passionate about history, every era. It’s very interesting, so I decided to piece together a story which is my interpritation about how he would have lived if he did survive the slave rebellion. It is about how he protected those around him by doing dishonourable things.”

Beautifully detailed locations and characters brought the story to life, the author clearly has a love for his subject. I had no choice but had to read to the final page and the historical notes were useful too, they put put the book in context. Overall superb.

Not my usual type of historical fiction but i have to say that i thoroughly enjoyed the journey that the author takes you on. His characters have a real depth, his locations are vivid and despite the book being about a famous gladiator, the novel is not just about swordplay. Although i have to say his battle scenes are fascinating, loved the book and eagarly await further writings from Robert Southworth.

R.C.Southworth was born in 1971 in Warwickshire, England. A varied career which includes the British army, engineer and retail management has never dulled the urge to become a novelist. Always a keen reader of literature both fact and fiction. Authors such as Terry Pratchett, Bernard Cornwell, Simon Scarrow and James Mcgee all having a profound impact upon his wish to read further and to begin to write himself.