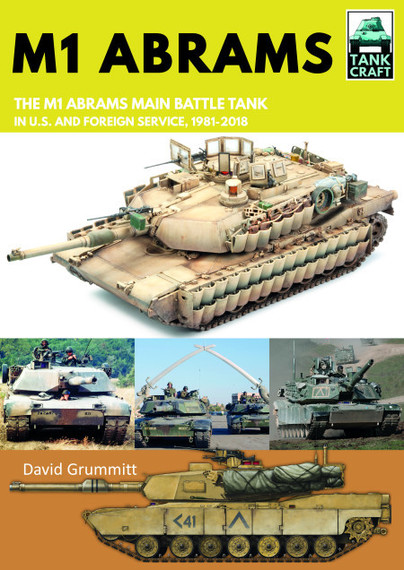 Click here for help on how to download our eBooks
Add to Basket
Add to Wishlist
You'll be £4.99 closer to your next £10.00 credit when you purchase Tank Craft 17: M1 Abrams. What's this?
Need a currency converter? Check XE.com for live rates

If you’re an armour modeller and you like the M1 Abrams then this is definitely a book you need to take a look at.

This book will prove invaluable for model makers building almost any version of the M1 Abrams. Lavishly illustrated throughout with very comprehensive captions this book is essential reading for those interested in modern armour. The Tank Craft series is well established as providing a history of the subject as well as comprehensive information for model makers. This is one of the best in the series and is highly recommended to model makers and military historians interested in the M1 Abrams.