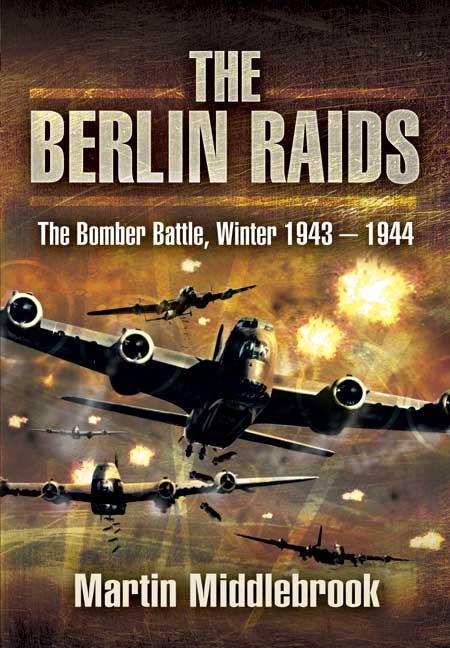 Click here for help on how to download our eBooks
Add to Basket
Add to Wishlist
You'll be £4.99 closer to your next £10.00 credit when you purchase The Berlin Raids. What's this?
Need a currency converter? Check XE.com for live rates

As the air battle of Berlin was to become the climax of RAF strategic bomber offensive in the years 1943-1944, so â€œThe Berlin Raidsâ€ is the final part of Martin Middlebrookâ€™s series of books devoted to the history of Bomber Command exploits during Second World War. Over half a year a period Arthur Harris launched nineteen major strikes onto â€œthe Big Cityâ€ trying â€œto wreck Berlin from end to endâ€ and hoping that â€œit will cost Germany the warâ€. But despite all efforts the â€œbomber dreamâ€ was not achieved â€“ almost 4,000 airmen were killed, wounded or captured, more than 1,000 bombers went missing or written off due to combat damage.
The author (being one of the most known modern military historians) made a meticulously thorough research and restored almost a full-scale picture of those events. The considerable amount of documental sources (as well as personal accounts from both sides) were transformed by Martin Middlebrook in his usual coherent and impartial way into the story of life and death of thousands of people who fought the air battle of Berlin in the sky and on the land.