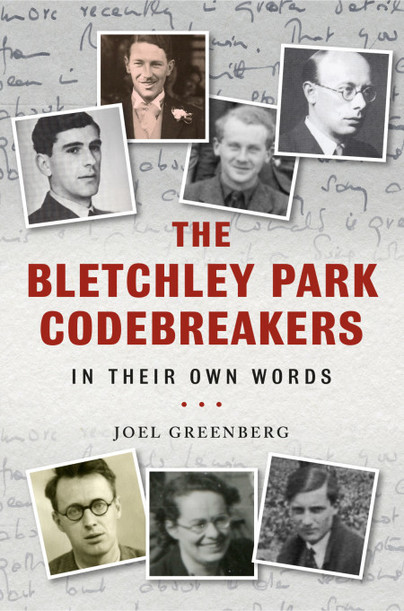 The Bletchley Park Codebreakers in Their Own Words (Hardback)

Preorder
Add to Wishlist
You'll be £20.00 closer to your next £10.00 credit when you purchase The Bletchley Park Codebreakers in Their Own Words. What's this?
+£4.50 UK Delivery or free UK delivery if order is over £40
(click here for international delivery rates)

'A fascinating anthology which sheds new light on the Bletchley Park story and shows that there is still more to tell.' - Tony Comer OBE, formerly Departmental Historian at GCHQ

This important volume tells the story of Bletchley Park through countless letters written by key players to former colleagues and loved ones as the war unfolded.

Having intercepted millions of German communications, the codebreakers had felt bound by the Official Secrets Act and said little about their wartime activities. Some who had stayed on at GCHQ after the war, were concerned that speaking out could jeopardise their pensions.Over one hundred letters have been included in this volume and have either been recovered from family members or declassified by GCHQ. They reveal fresh information about the clandestine operation and disclose the true feelings of the participants at Bletchley.Park.

In contrast to early accounts, which lacked detail and were occasionally inaccurate, this book thoroughly lays bare the day-to-day experiences at Bletchley Park and uncovers the operational and technical reasons behind the organisation's successes and failures.

Simultaneously intimate and comprehensive, it will interest historians, World War II researchers, and anyone who wants to learn the secrets of Britain's signal intelligence effort.